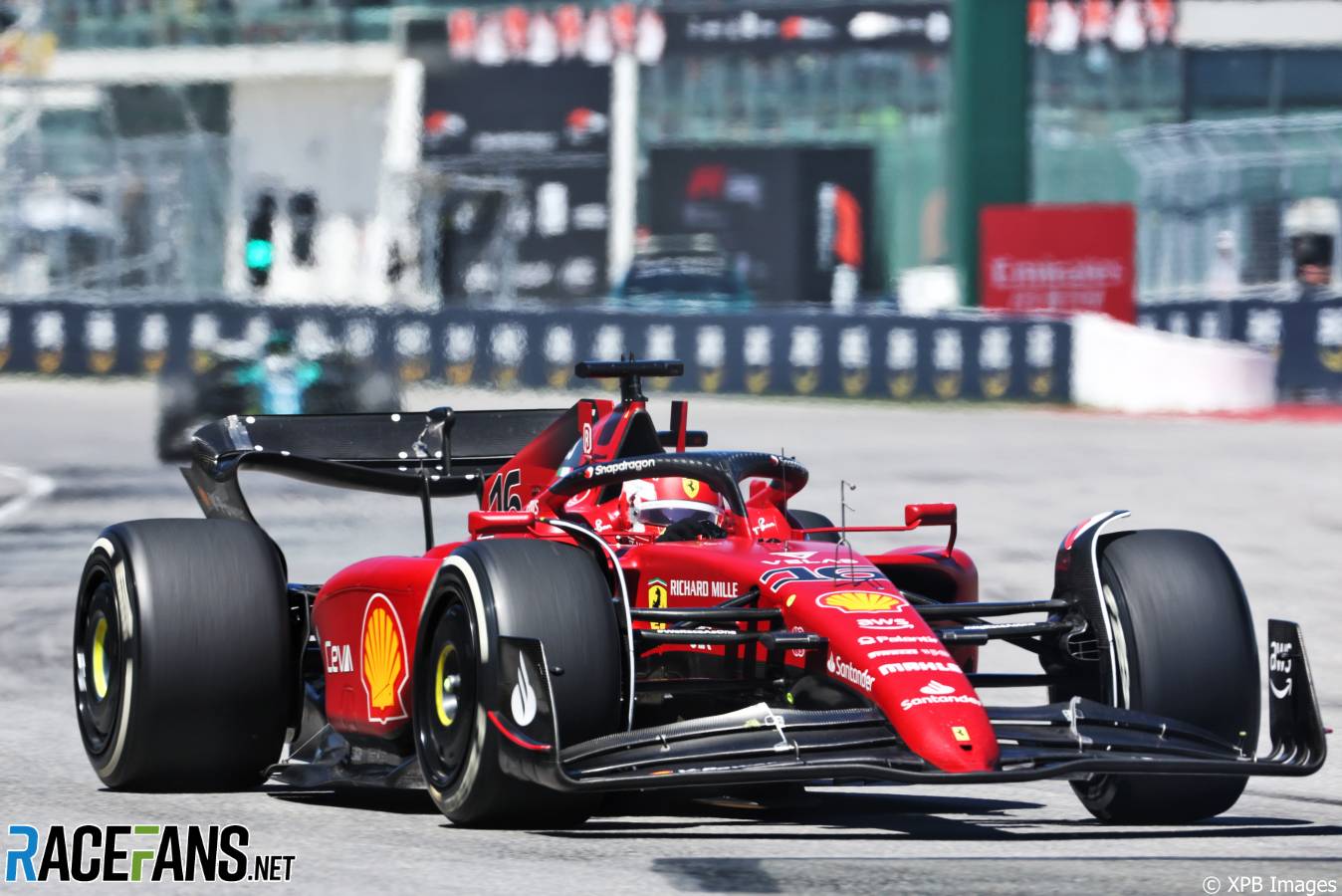 Charles Leclerc said his efforts to make progress in the Canadian Grand Prix were frustrated by a series of “DRS trains” and a slow pit stop.

He started the race on the back row of the grid after collecting a series of penalties for power unit parts changes. He finished in fifth, having predicted fourth was the best he could expect heading into the race.

Having spent many laps stuck behind other drivers, a slow tyre change cost him an opportunity to run in clear air. “Unfortunately with the pit stop this put us a bit in a bad situation because we had cleared the DRS train and we got another DRS train after the slow pit stop,” he explained.

“I had to push on the tyres and that cost me a little bit at the end. But overall it was just a race where I had to be patient.

“At the beginning I was stuck behind a DRS train. In the middle part of the race I was stuck behind Esteban [Ocon], who had much newer tyres and was very good out of turn 10 so that was enough for him to keep me behind. Then when I had free air I think the pace was really good but it’s like this,” Leclerc concluded.

Despite the slow pit stop, Leclerc was satisfied with Ferrari’s strategy. “I don’t think there was any other good situation, good solution to get free air today,” he said. “But again with the pit stop, I think this cost us a bit of free air.”

George Russell said he was surprised Leclerc wasn’t able to attack him and team mate Lewis Hamilton at the end of the race. Thanks to the reliability of his Mercedes, Russell is now just 15 points behind Leclerc in the championship.

However, Leclerc is unconcerned by Mercedes’ relatively strong showing in Montreal. “I think it’s good if they joined the fight, I’m not worried,” he said. “I’m confident that our car is strong if we get on top of reliability, today was good.

“But as I’ve seen also, it’s a problem for everyone, reliability. So we just need to focus on ourselves, performance is strong and I’m sure that whenever we’ll finish races, we’ll be there to fight for wins.”