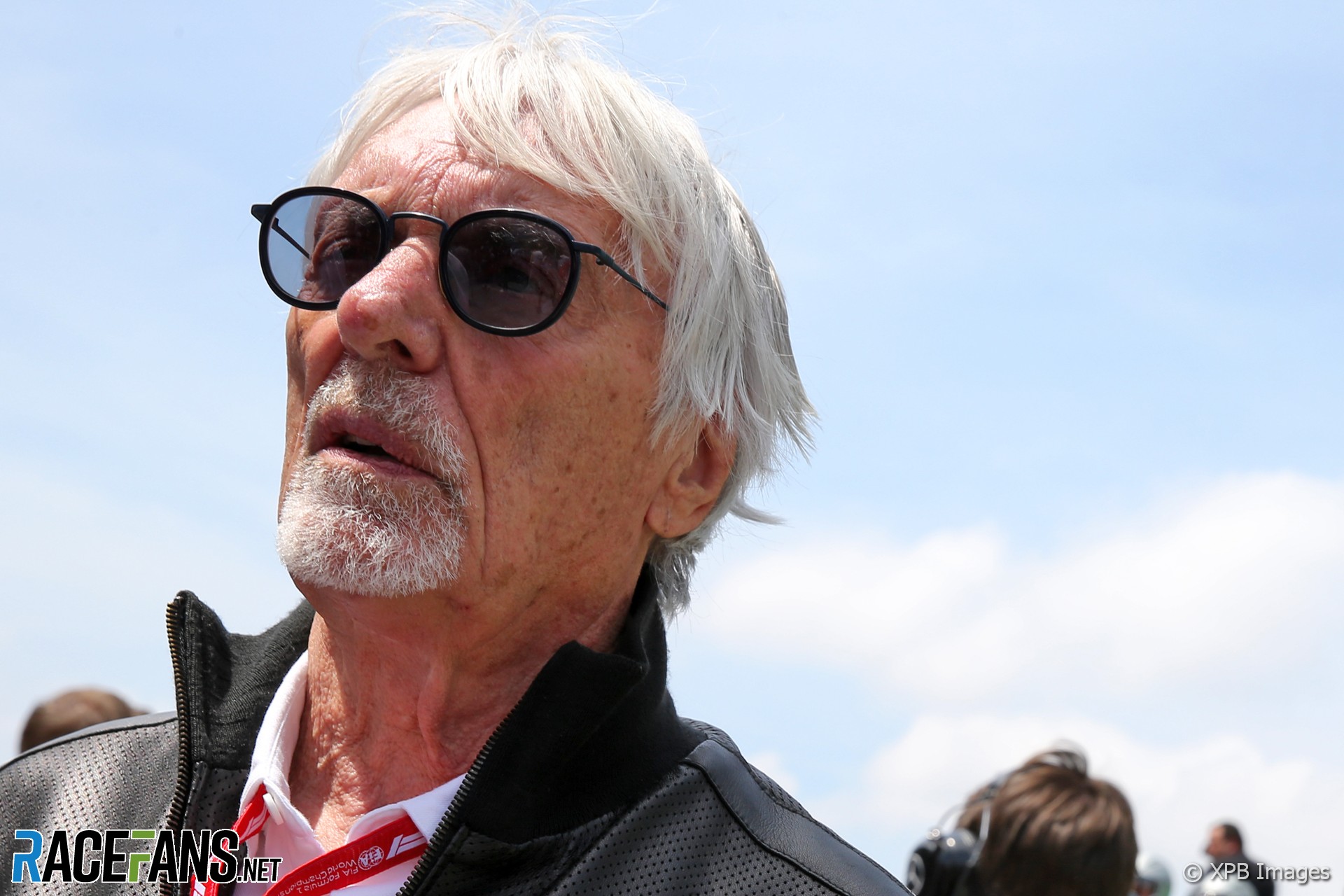 A Formula 1 spokesperson has said comments made by the series’ former CEO Bernie Ecclestone about Nelson Piquet and Russian president Vladimir Putin “are in very stark contrast to position of the modern values of our sport.”

Ecclestone was asked for his view on his former driver following criticism of racist language used by Piquet in reference to Lewis Hamilton which came to light recently.

“I’ve known Nelson for an awful long time – a couple of weeks ago I was with him,” Ecclestone told ITV. “And it’s not the sort of thing Nelson would say meaning something bad. Very often these things get said.”

Piquet won two of his three world championships with Ecclestone’s Brabham team in the eighties. He made his F1 debut in 1978, the same year he won a British Formula 3 championship title.

“He’s Brazilian,” Ecclestone continued, “when he came to England he didn’t speak any English so he probably picked up the English sense of humour and he probably thinks lots of things that he says which might upset us and we might feel a little bit offensive, to him is nothing. It’s just part of conversation. But Nelson would never go out of his way to say anything bad, certainly.”

The comments Piquet made about Hamilton, which are understood to have led to him being barred from the Formula 1 paddock, were made late last year in a discussion around the Mercedes’ drivers collision with Max Verstappen at last year’s British Grand Prix.

“I think what probably happened, knowing Nelson as I know him, as his daughter is the girlfriend of Max Verstappen, probably after seeing the accident he probably exploded then and sort of carried that forward,” said Ecclestone.

“I know his feelings because I was alone, I exploded. I didn’t say anything, obviously, because [there] wouldn’t have been any point, there was nobody here to hear my reaction to that.

Ecclestone suspects Piquet’s comments would not be considered racially offensive in Brazil. “It’s probably not appropriate with us but probably it isn’t it something terrible that happens if you said that in Brazil,” he said. “I don’t know what the reaction is there.

“But I mean, people say things and people talk about people if they happen to be a little bit overweight or a little bit under-sized like me, I’m quite sure a lot of people have made remarks about that. If I had heard it, I’d have been to deal with it myself without too much trouble.”

“I’m surprised that Lewis hasn’t sort of just brushed it aside or, better than that, replied,” Ecclestone added. “But he’s now come out and Nelson’s apologised so everybody seems or should be happy.”

Hamilton said Piquet’s comments show that “these archaic mindsets need to change”. He added: “There has been plenty of time to learn. Time has come for action.”

However Ecclestone, who is married to the FIA’s vice president for the South American region Fabiana Ecclestone, said he did not see what action could be taken.

“I don’t know what you can do about stopping people saying something that at the time would appear to be appropriate to them and may not be in reality,” he said. “You can’t start making rules of what people can say and can’t say, and I don’t know what sort of reaction he is expecting.”

Ecclestone was also asked for his views on Vladimir Putin, who he has praised on many past occasions. He awarded Russia a grand prix in 2014 while he was still in charge of F1, but the race’s contract was cancelled after Putin sent troops into Ukraine in February.

Thousands of lives have been lost since the Russian invasion of Ukraine 127 days ago. Ecclestone claimed Putin’s invasion “wasn’t intentional” and claimed Ukraine could have done more to avoid the conflict.

“It wasn’t intentional to be a war. And I’m quite sure Ukraine, if they had wanted to get out of it properly, could have done.”

“What he’s doing is something that he believed was the right thing he was doing for Russia. Unfortunately, he’s like a lot of business people, certainly like me, that we make mistakes from time to time. And when you’ve made a mistake, you have to do the best you can to get out of it.”

He also took issue with sporting bodies which have barred Russian competitors. The FIA requires Russian and Belarussian licence holders to compete as neutrals, but Russian F3 driver Alexander Smolyar is unable to participate in this weekend’s race at Silverstone due to what his team claimed were “visa issues”.

Ecclestone said it was wrong to bar Russians sportspeople from competitions. “I’m not in the position now to have done anything about that,” he said.

“I’m not sure I would have stopped that and I certainly now wouldn’t and I think it’s wrong to stop Russian athletes, including obviously drivers, taking part in their sport. They didn’t get involved in this in the first place. They shouldn’t be punished.”

Formula 1 has previously distanced itself from the former CEO, who was replaced five years ago. In 2020 it declared Ecclestone’s emeritus position in the sport had expired and strongly criticised claims he made about racism among black people.

It rejected Ecclestone’s latest remarks, saying: “The comments made by Bernie Ecclestone are his personal views and are in very stark contrast to position of the modern values of our sport.”