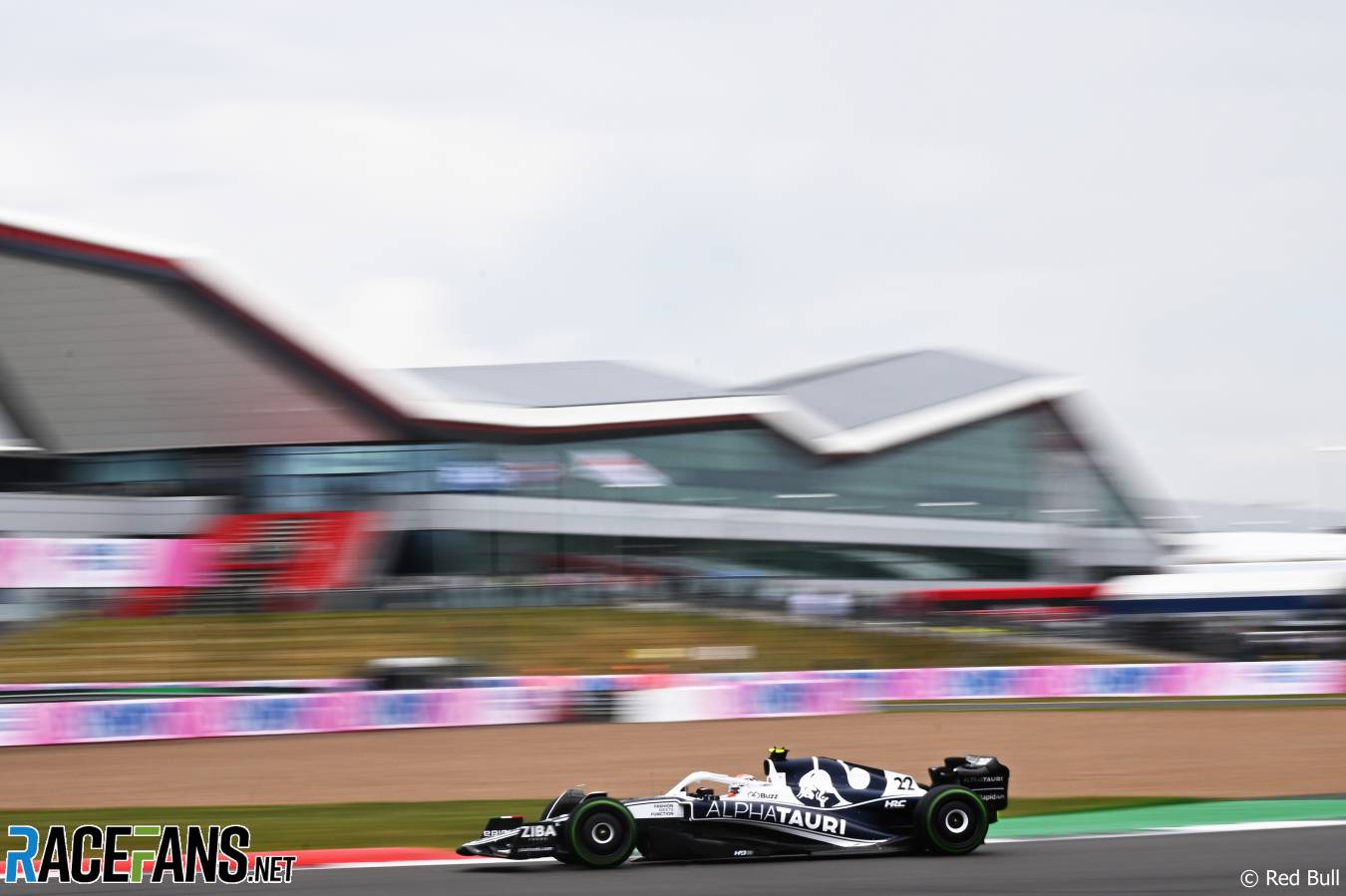 In the round-up: Yuki Tsunoda says he is “hopeful” that he will remain with AlphaTauri in Formula 1 next season.

AlphaTauri driver Yuki Tsunoda says he is “hopeful” that he will remain with the Red Bull junior team in Formula 1 next season.

The second-year driver currently sits 15th in the drivers’ championship on 11 points, five behind team mate Pierre Gasly, who has recently confirmed he will remain with the team in 2023.

Asked about the extended contracts for Sergio Perez and Gasly, Tsunoda says he hopes Red Bull will also keep him at AlphaTauri for a third season.

“Hopefully I can extend with AlphaTauri next year as well,” said Tsunoda.

“I’m really happy with the team here. Both drivers deserve their contracts. For now I just focus on myself, working with the team, extracting the performance as much as possible and we’ll see how the contract will go.”

Chadwick had been fastest in free practice, nine hours earlier, with Pulling and Powell completing a British top three.

Emma Kimilainen was initially fastest, with her and Puma team mate Tereza Babickova setting the best times in the first ten minutes of the session.

Kimilainen continued to improve, however, Chadwick set a 1’56.758 to beat her by two tenths in the final three minutes.

Abbi Pulling set the best middle sector by two tenths, on her final lap but was not able to find the time in the final sector to challenge Chadwick. Alice Powell was on a quick lap at the end, but her time was deleted for track limits violations at Stowe. However, following an investigation by the stewards, her lap time was reinstated, meaning Powell will line up third on the grid.

IndyCar driver Colton Herta says everyone involved in IndyCar was happy for Robert Wickens as he won his first race since returning to motorsport in Watkins Glen last weekend.

Former GP2 and IndyCar racer Wickens took TCR class honours at the Watkins Glen round of the Michelin Pilot Challenge last weekend with team mate Mark Wilkins. It was Wickens’ first race victory since a serious IndyCar crash at Pocono in 2018 left him with a spinal injury. Wickens now uses a wheelchair and must race using adapted hand controls on his Hyundai Elantra.

Herta said it was “super cool” to see Wickens back on the top step of the podium again. “I think everyone at IndyCar is really happy to see that,” said Herta.

“It was super cool. Obviously we all know kind of what he’s been through the past few years, and so it is not only impressive to see that he has the courage to like step back in the race car and get adjusted to the hand controls and be heads up about everything and really relearn how to drive a race car in that aspect, but it’s impressive when you can just do that, but then also be very fast and be winning a race.

“There’s really fast race car drivers in that series. Michael Lewis and Mark Wilkins, his teammates, are really good race car drivers, and he’s just as fast as them, so it shows the dedication and passion that he has for racing.”

Was a pleasure to have representatives from our Diversity & Inclusion partnerships with us trackside today, soaking up the @F1 action 🙏

They work closely with our Accelerate 25 programme as part of our commitment to improving diversity and inclusion within our team and sport ❤️ pic.twitter.com/0txffVQZIn

ngl, I thought about hitting him in the face with a space hopper. happy bday @danielricciardo pic.twitter.com/h4YP6UJeoP

The Silverstone Wing is being evacuated due to ‘a fire detected in the building’ according to warning message #BritishGP #F1 pic.twitter.com/UIq1YBQ8aI

For those of you wondering why I wasn’t at the track today.. I would like everyone to meet Wesley Joseph Wickens. Born two weeks early but we could not be happier. Baby and Mom are doing great! I am so grateful to be married to such a strong woman! Let’s start the next chapter! pic.twitter.com/XY4ypAUdlG

A slow 7 hour lap of the track today watching watching F3, F2 & F1 from lots of different vantage points and soaking in the atmosphere. Only got rained on once, as is standard for a summer’s day in the U.K. #CRO #FFTB #crofam pic.twitter.com/8Hd3jUEMch

This guy with the megaphone, you cant park there mate 🤣😅 #f1 sorry Lance 😂

A further extract from Nelson Piquet's now notorious podcast interview in which he used a racist insult against Lewis Hamilton has revealed he did so more than once and also used a homophobic slur.

Five of the best Formula One races at Silverstone (Independent)

"At the end of the final lap, Schumacher entered the pits to serve his penalty, but had already crossed the start-finish line and won the race. The bizarre result stood despite McLaren’s protests."

"The 23-year-old swapped Shanghai for the steel city as a 12-year-old - moving over with his racing mentor, unable to speak English, in late 2012. He travelled to South Yorkshire to race for Handsworth-based Strawberry Racing and spent three years honing his racecraft before being picked up by Ferrari's Formula One young driver academy."

"ESPN’s NBA game telecasts in the three months averaged 83% more viewers than in 2021. The NHL was a strong addition to the lineup; for the quarter, the network’s average viewership was 89% higher than the 2021 schedule. WNBA games were up 15%, the WNBA Draft was up 20%, PGA Championship Golf coverage was up 12%, and the five Formula 1 races on ESPN were up 11%."

"Ayrton Simmons is the first driver named. A former British F4 vice champion, the 21-year-old holding dual British and Spanish citizenship, is back to the Euroformula, where he already raced in 2020. Since then, he has made appearances in the European F3 and clinched runner-up honours in the 2021 GB3."

United by Passion | A Roundtable Discussion (Aston Martin via YouTube)

"To kick off our home race weekend, we hosted a special roundtable discussion on what it means to be ‘United by Passion’ when it comes to diversity, inclusion and respect within the sporting world."

"The iconic Atlanta Motor Speedway has been redesigned and rebuilt for 2022, and it's available now!"

After George Russell experienced being booed by some in the Canadian Grand Prix crowd, @ajpennypacker says that fans should reserve the right to express their disapproval, such as when they attended the infamous 2002 Austrian Grand Prix…

I don’t know what reason someone would have to boo George Russell. But booing should absolutely be part of the sport. I don’t know what he’s talking about. Should be as legal and acceptable as shouting support.

Booing doesn’t need to be on merit. It can be on a whim. Maybe you dislike a certain driver, or you’re just being an idiot. It doesn’t matter. I want that right protected. This is a loud sport, in a stadium-like environment.

Booing is even necessary to show the absolute disdain for something that happened on track that day. I was in Austria 2002 and I went hoarse from booing that absolute clown show of Barrichello letting Michael through on the last lap.

It isn’t always fair, but it’s absolutely part of the sport. So long as cheering is allowed, booing and jeering should also be allowed
ajpennypacker

Happy birthday to Avegaille and Andy2286!

14 comments on “Tsunoda “hopeful” of AlphaTauri extension for 2023”