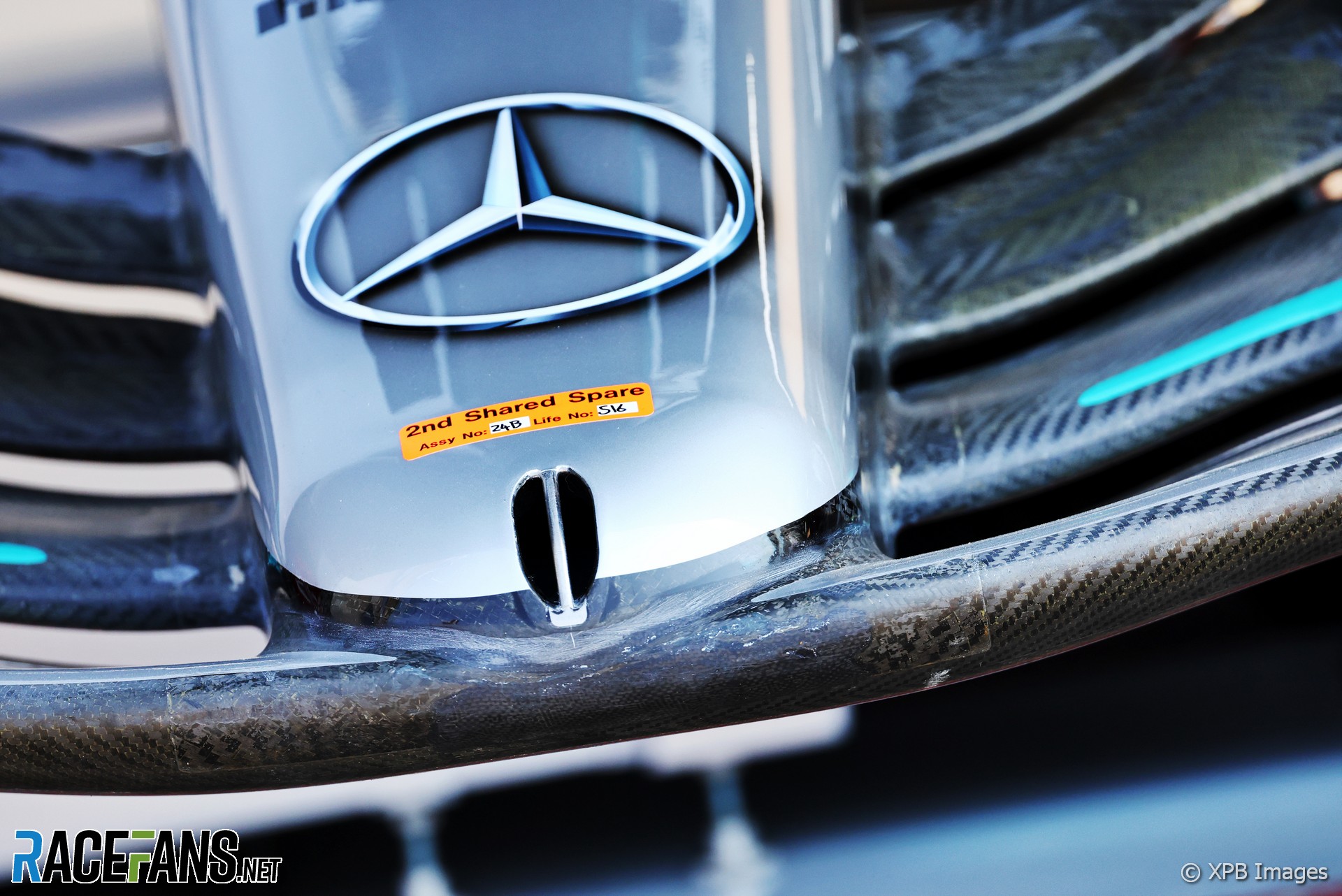 The first evidence of Mercedes’ latest aerodynamic upgrade has appeared at the French Grand Prix. The team has brought a reshaped nose for its W13 this weekend.

The reigning constructors’ champions have made a “mammoth effort” to turn around their poor start to the season, according to team principal Toto Wolff. They are yet to win a race this year, but have taken podium finishes in the last four consecutive races after making a series of improvements to their car.

A major aerodynamic upgrade at the Spanish Grand Prix helped the team address the porpoising it suffered in the opening races. Further refinements followed over the subsequent rounds where Mercedes focused on harnessing more downforce from its W13 to close the gap to the pace-setting Red Bulls and Ferraris.

It brought another extensive package of changes to the British Grand Prix at the beginning of the month. There Lewis Hamilton ran competitively in the closing stages. The team’s performance in Austria was compromised by crashes in qualifying for both drivers.

“Our understanding of the W13 is growing with every lap and it’s encouraging to see that reflected in our development and results,” said Wolff.

The rest of the team’s newest changes will appear later in the weekend. They will be evaluated in first practice tomorrow by George Russell and Nyck de Vries – the latter driving Hamilton’s car for the first session this weekend.

“While we were quicker in Austria, we still weren’t quick enough to challenge at the front,” Wolff added. “We need to keep chasing those final few tenths and bringing new developments to the cars, including this weekend in France.”