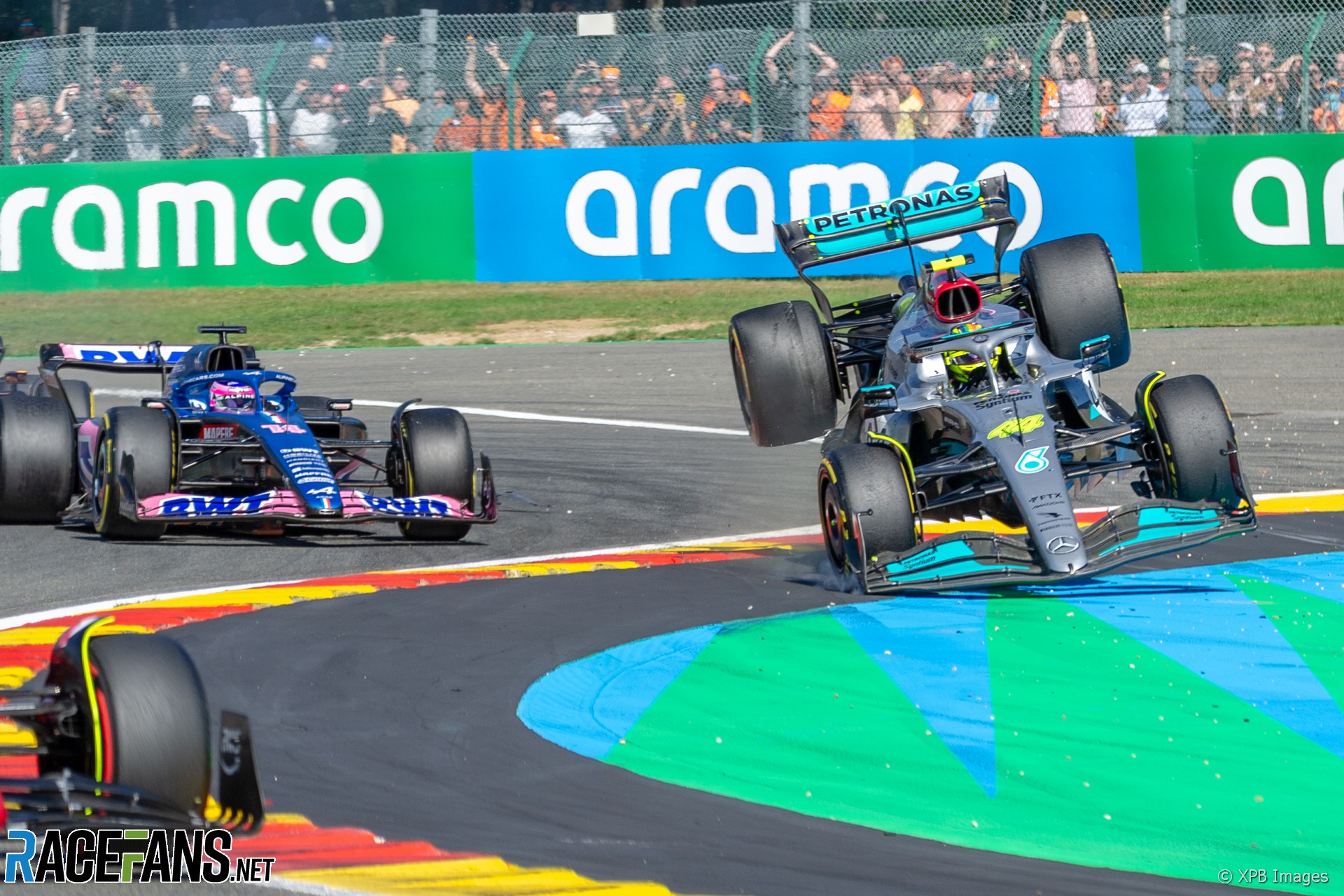 The Belgian Grand Prix stewards have warned Lewis Hamilton for refusing to check into the circuit medical centre after his race-ending collision with Fernando Alonso.

The rear of Hamilton’s Mercedes was pitched into the air after wheel-to-wheel contact with Alonso’s Alpine at Les Combes. The contact caused enough damage to the Mercedes that it led to Hamilton’s retirement.

When his car hit the ground after being tipped into the air, the force of the impact trigged the FIA-mandated medical warning light which detects when drivers experience a significant force on their bodies. The FIA regulations demand that all drivers who experience accidents that trigger the warning system must be checked by medical staff, even if they climb out of their cars unaided.

However, the stewards noted that Hamilton failed to follow the protocol and report to the medical centre as directed and issued a formal warning to Hamilton for failing to do so.

In their ruling, the stewards explained they “received a report from the race director that the driver [Hamilton] refused to visit the event medical service following his crash on lap one where the medical warning light threshold was exceeded and only did so after the race director informed the team that further action could be taken if he did not.

“This is not the first time this season that drivers (not Hamilton) have initially refused to go for a medical check. The stewards issue a warning in this case, with a reminder to all drivers that stronger action may be taken in the future.”

Speaking after his retirement to media including RaceFans, Hamilton admitted that he had suffered a significant blow in the car upon striking the ground after he had been briefly airborne.

“I nearly broke my back coming down so it was a big hit,” Hamilton explained. “I’m sure I’ll feel sore tomorrow.

“I remember just looking at the ground, so that was quite high. I’m so grateful to be still alive and in shape.”

Hamilton initially continued to race after the collision, but was later told to pull off the circuit later in the lap as damage from the collision had caused a major drop in oil pressure in his W13.

“I could hear something was broken in the gearbox,” he explained. “That coming down, I would have broken so much in the back end, so I was told to stop. Obviously in that moment you’re hopeful you can keep going but it was not meant to be.”

Hamilton accepted responsibility for the collision but admitted he did not expect to have been pitched so high into the air as a result of the contact.

“Yeah, definitely surprised to see it go that high,” he said. “I’m just sorry to my team, that was a lot of points lost today. I was giving it everything all weekend. But we move forwards and I’ll try to do a good job next week.”