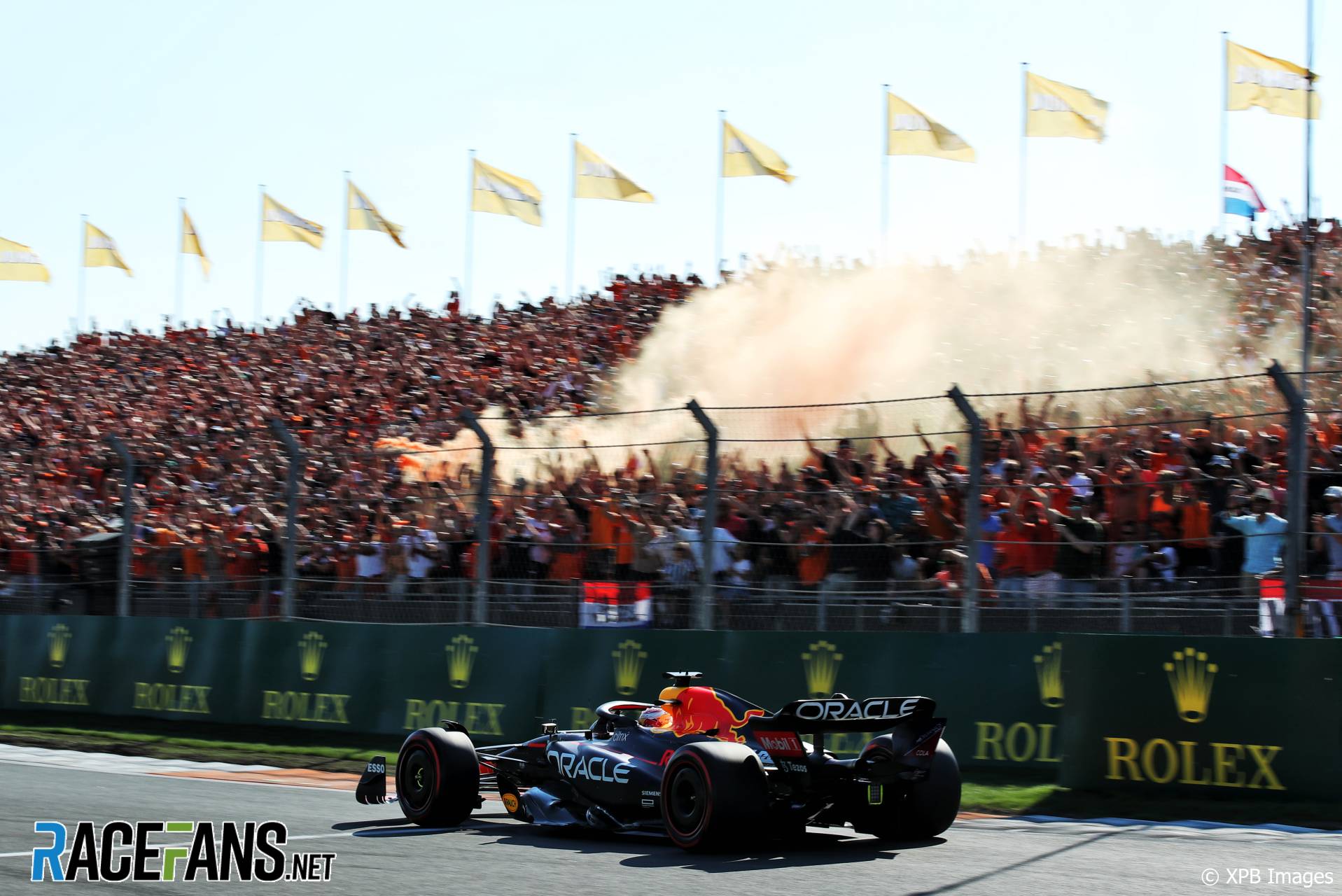 The fans who threw flares onto the track during qualifying for the Dutch Grand Prix were “stupid” said Max Verstappen after he took pole position for today’s race.

The beginning of Q2 was red-flagged after a flare landed on the circuit on the approach to turn 13. The person who threw the flare was identified and removed from the track by security.

A second flare landed at Tarzan, turn one, as Q3 was beginning. That caused a brief yellow flag before the flare rolled harmlessly out of the way.

Verstappen said it was “very silly” for people to be throwing flares on the track. “To hold flares already, I mean it’s nice but there’s a limit to how much. But to throw it on the track is just stupid.

“I think also the person who did that got removed. Just don’t do that. It’s not good for anyone. You get thrown out so you can’t see the race and for us the session is stopped because it’s dangerous, there’s stuff on the track. So you shouldn’t do it.”

Charles Leclerc, who took second on the grid, echoed Verstappen’s views. “It’s dangerous, so don’t do these type of things,” he said. “It’s good that there was a reaction from the security guys.

“This shouldn’t happen. I don’t know if in the future we can do anything to avoid that, I don’t know exactly when it was thrown, but obviously if a car is passing at that time, then it can create unnecessary risk.”

His team mate Carlos Sainz Jnr suggested fans should be told they are only allowed to use flares at certain times.

“I think it’s important to let the fans know when when it’s possible to use the flares and when it’s not,” he said. “I think it was good that in the in-lap when Max took pole they used them.

“So I think hopefully the organisation can do a good job in warning when it’s the time to use them and when it’s not, and of course, even more important, when not to throw them into the track.”