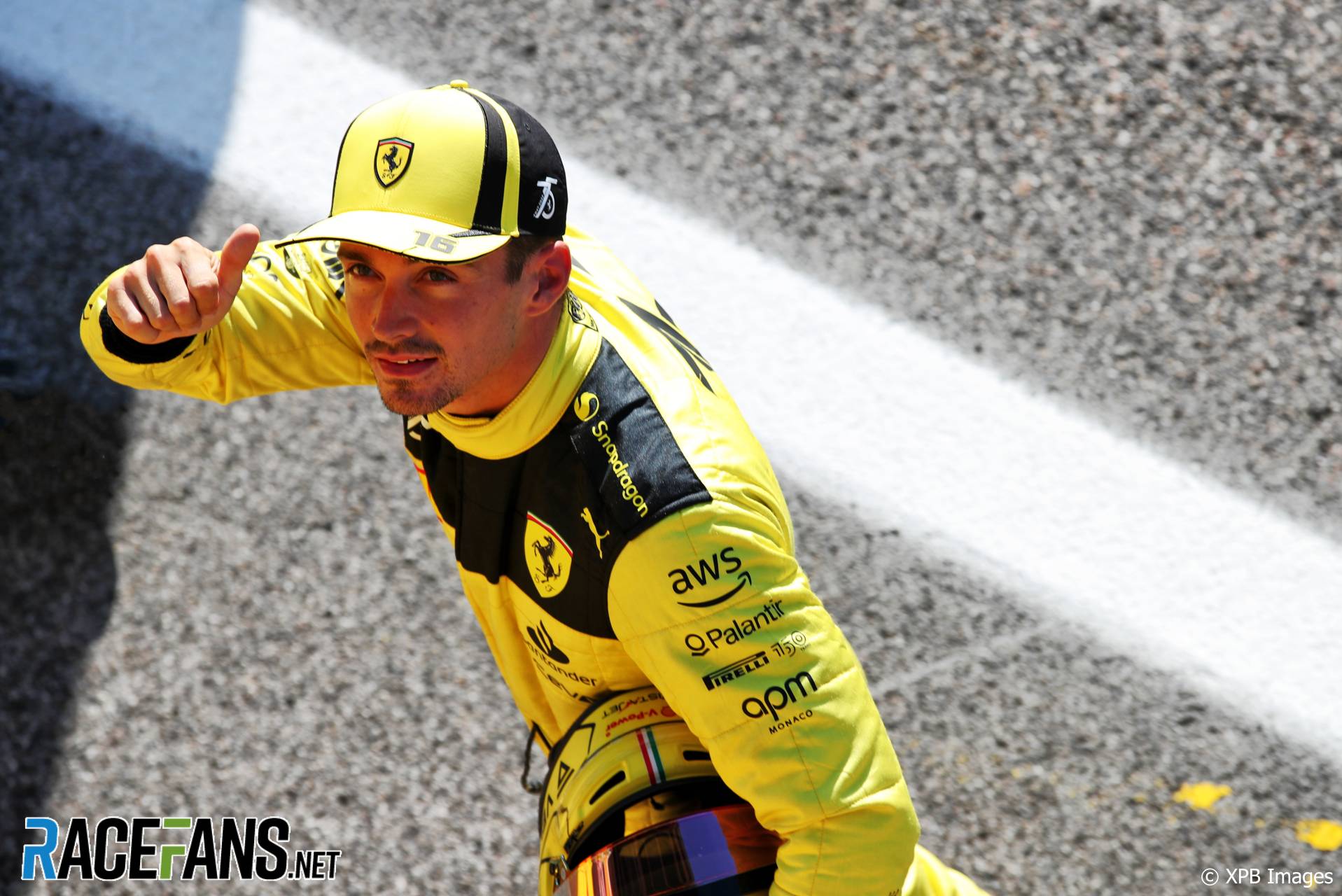 Charles Leclerc said he had to take more risks through the two Lesmo corners in order to find an advantage over Max Verstappen.

Leclerc did not get a tow from team mate Carlos Sainz Jnr during his final Q3 run as the two Ferraris did not end up out on track together due to being split by Lando Norris. Consequently, both drivers said they took extra risks in order to post competitive lap times for pole.

Leclerc, who emerged the with the fastest time in qualifying with a 0.145s advantage over Verstappen, described secured pole at Monza as “amazing”.

“It wasn’t an easy qualifying session,” he said. “I knew there was quite a lot of potential in the car but didn’t put everything together.

“I knew that in this last lap in Q3 I had to put everything together and I managed to do it. So I’m very happy with the lap, very happy with the performance, it’s been a great weekend up until now,” continued Leclerc. “The feeling with the car is amazing and I really hope that we can do just like 2019 tomorrow.”

To explain how he had found time on his pole lap, particularly through the Lesmos, Leclerc said he “just took much more risks.”

“It was the last lap and I knew I had to find quite a lot of performance there and I just went for it and it worked out,” he explained.

“I was feeling very well and was pushing flat out in Q1, Q2. In Q3 the only issue is that I didn’t have a tow and this probably cost me those two, three tenths to battle for pole position.”

However, Sainz has a grid penalty for power unit parts replacement which means he will not start where he qualified, in third. “I’m starting last anyway tomorrow so it’s not like it changes my life,” the Ferrari driver said. “But yes, very good lap, I had to take a lot of risks to compensate for the lack of tow, I was quicker in every corner but slower in every straight so in the end I couldn’t improve much.”

“I will do my best and I’ll try to put on a good show and make my way back through the field because the pace is there, but I wish I could be there at the front with Charles.”