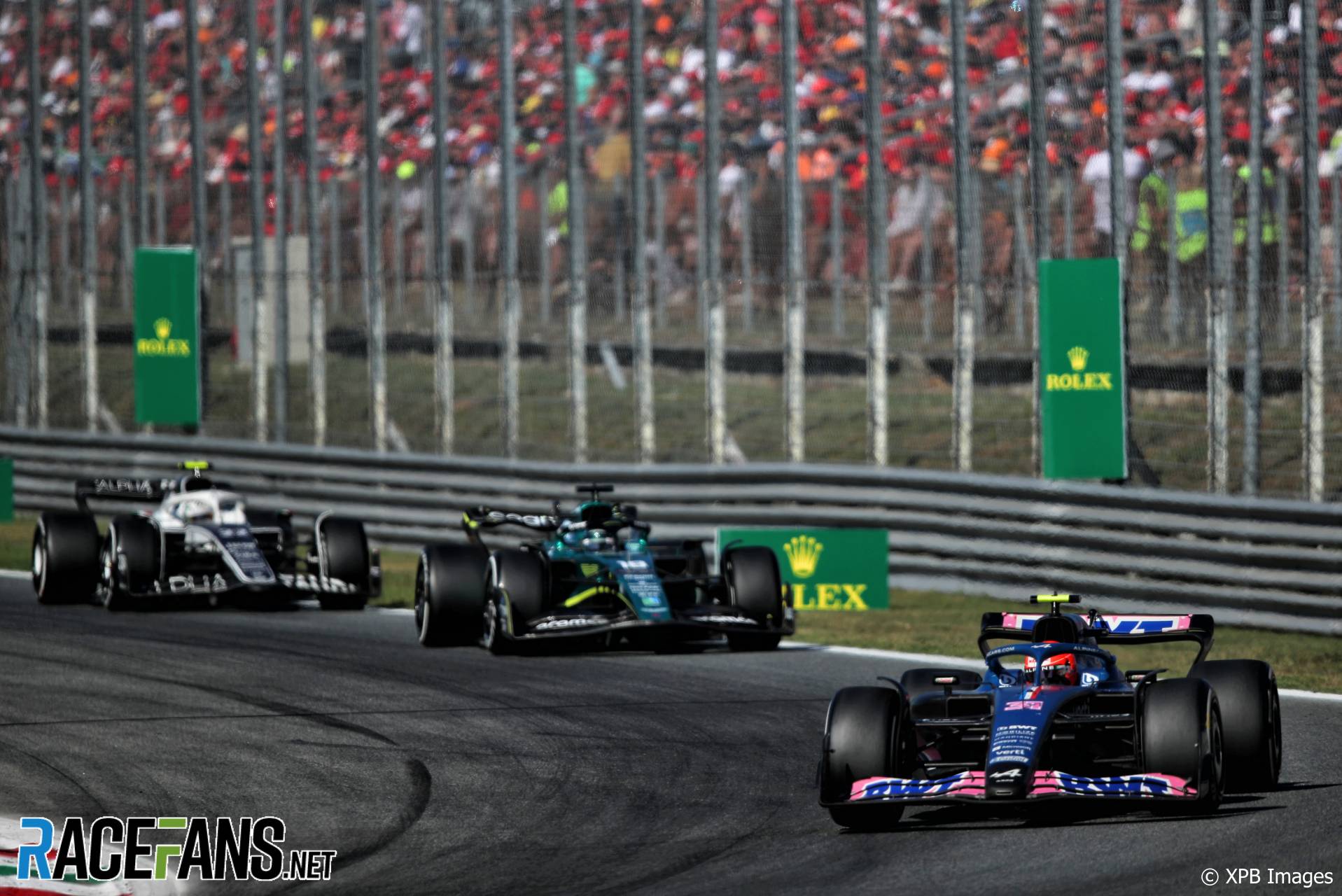 Alpine sporting director Alan Permane admitted the team was at a loss to explain why it couldn’t match the pace of key championship rivals McLaren at Monza.

The two teams are locked in battle for fourth place in the constructors championship. Alpine arrived at Monza confident the track’s long straights would play to the strengths of their A522.

That appeared to be borne out by their pace on Friday, Permane explained, noting Fernando Alonso was encouraged after the first day of practice.

“Fernando ran the medium tyre and thought it was fantastic,” said Permane. “He was quick, I think he was lapping mid-’26s with full tanks.”

However the team “couldn’t get anywhere near that” in the race. “So we’ve got some work to do to try and understand what went wrong.”

However the team struggled to stay in contention with Lando Norris’s McLaren, and Alonso eventually retired with a power unit problem.

“We couldn’t stay with Norris once they got into clean air,” said Permane. “There was a bit of a ding-dong, we overtook them, they overtook us and that sort of thing. And had [Alonso] not stopped, we were predicting that he would have finished just behind him. So for a race that wasn’t going that well for us we’d have been next.”

The team drew some consolation from the fact Monza’s extreme configuration makes it unlike any of the remaining venues F1 will visit. But Permane remains keen to understand why the pace they saw on Friday disappeared.

“We didn’t expect to struggle,” he said. “I thought we’d be okay, it was very quick and we ran absolutely fine on Friday.

“That’s the tricky thing, that’s what we don’t understand. The long run with no DRS, so really using your full drag, looked alright and quicker than McLaren and quicker than all the people we were racing. Not as quick as the top three cars, but it didn’t look like there was any major dramas.

“We definitely were a little bit high on the draggy side, but we figured that was the quickest way around and that’s [how] we raced.”