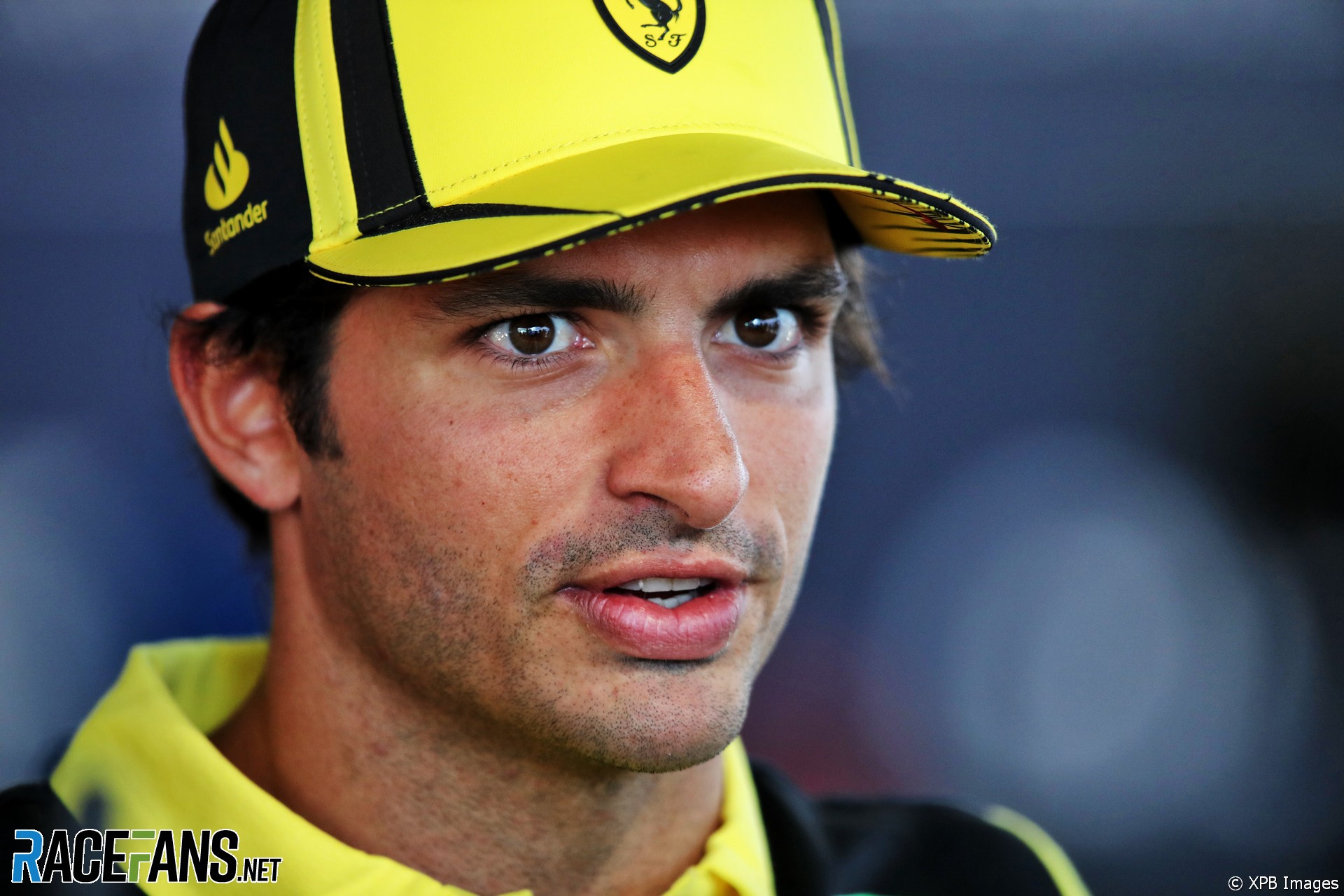 Carlos Sainz Jnr says Ferrari’s improved form in the last race at Monza shows the team is heading in the right direction, despite its dip in competitiveness after Formula 1’s summer break.

Ferrari began the season well and held strong positions in the championships early on. However it has faced an onslaught from Red Bull since then and is almost certain to lose both titles to their rivals.

At the races in Hungary, Belgian and the Netherlands, Ferrari found it increasingly difficult to beat the resurgent Mercedes of Lewis Hamilton and George Russell. However they were comfortable ahead of the silver cars at home last weekend.

Sainz believes that, had he not had to start at the back due to a power unit penalty, the team could have even threatened Max Verstappen for victory at Monza.

“If I wouldn’t have had a penalty, with both cars up there, we could have put Max under a lot of pressure,” he said. “Unfortunately I had to take a penalty, we couldn’t divide strategy, so I think we left Max to choose the contrary option of Charles [Leclerc].

“I think when we stop having penalties and we go to favourable tracks like Singapore and I’m up there, then we will have two cars, not to gamble, but to play around with Max and I think we will be in a better position. I think not having me up there, with the pace I had, was detrimental.”

Ferrari is in the process of rebounding from its slump to sixth place in the constructors championship two years ago. Mattia Binotto, who took over as team principal from Maurizio Arrivabene, reshaped the team and brought Sainz in as a replacement for Sebastian Vettel last season.

Sainz says the team has made significant progress since he arrived and is encouraged by what he sees behind the scenes.

“It’s a good reaction from our team that is maturing, a team that is learning a lot from this difficult year, and a team that has done a massive step compared to last year in terms of putting ourselves back into winning contention.

“But we’re still doing mistakes, we’re still learning. It’s a young team I think and we are young in working together.

“I think there’s been progress this year and even though it’s a difficult second half of the season, I think we’re going to take a lot of knowledge from this to [use] in the last few races and to go for it next year again.”