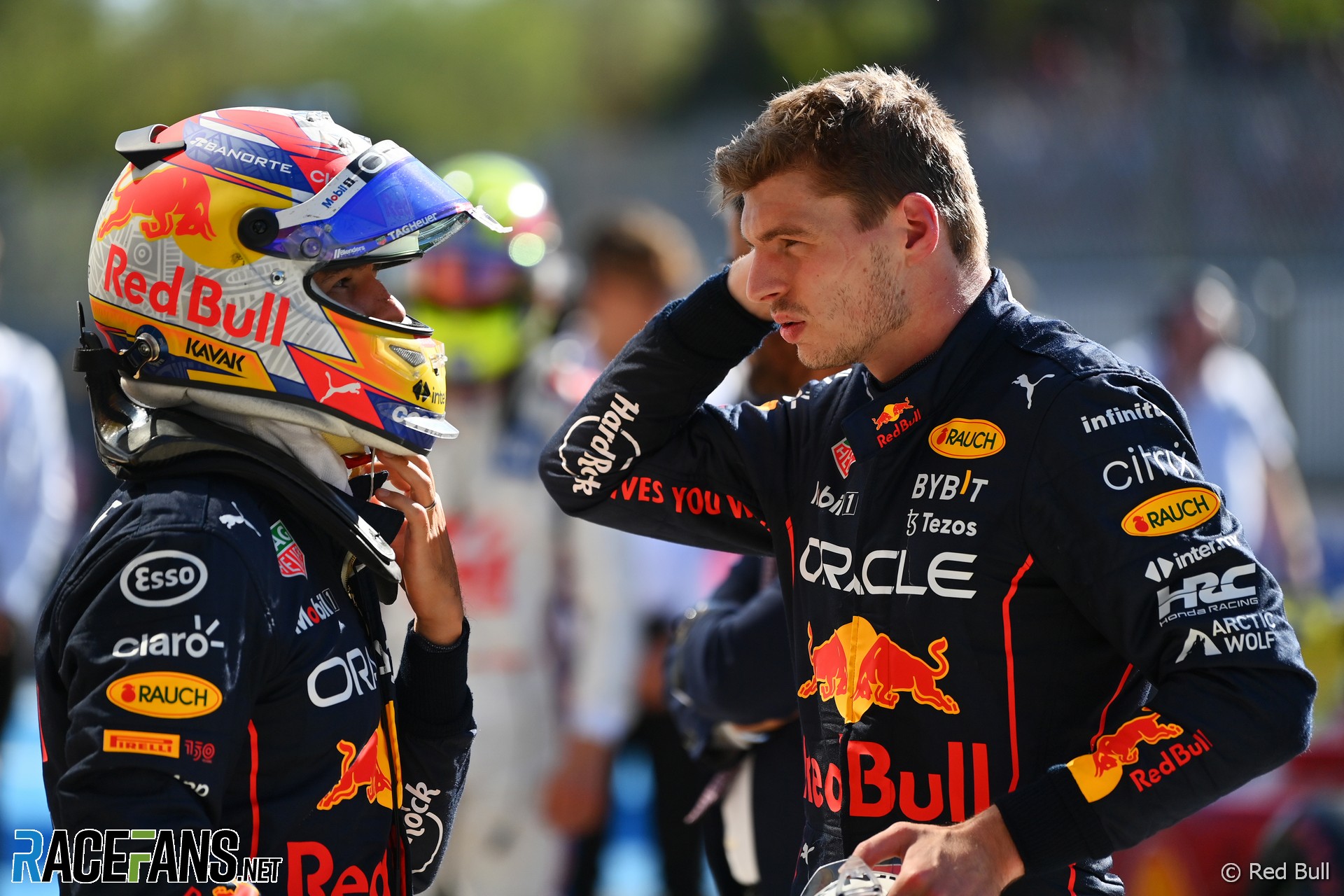 The Formula 1 driver line-up for the 2023 season is edging closer to completion, and it’s already clear several new partnerships will be formed.

McLaren will partner newcomer Oscar Piastri with Lando Norris, having dropped Daniel Ricciardo. Fernando Alonso was confirmed as Sebastian Vettel’s replacement at Aston Martin alongside Lance Stroll. Esteban Ocon will therefore have a new team mate at Alpine, as will Alexander Albon at Williams, as Nicholas Latifi has been shown the door.

As team mates chop and change, how will the new pairings match up against each other? The battle for supremacy within each team is crucial, as it can often determine who receives the better strategy and the newer parts – and who is relegated to a “number two” role.

Of course F1 bosses are adamant they do not set out to bestow preferential treatment on either driver.
Speaking at Mercedes’ launch earlier this year, team principal Toto Wolff discussed the arrangements for Lewis Hamilton and new team mate George Russell, who arrived in place of Valtteri Bottas.

“We never had a situation of a ‘one’ and ‘two’,” said Wolff. “They had equal opportunities and same and the same car.

“This year, the interesting situation is we have in George the up-and-coming star [in one seat], and undoubtedly the best Formula 1 driver ever in the other seat. So the dynamic is new and clearly it’s something that we will try to steer in a direction that has the most positive effect on developing the car and making us overall competitive.”

Hamilton and Bottas had the same car, and the same opportunities. Bottas was generally out-scored by his seven-time world champion team mate, and on more than once occasion the team gave Hamilton preferential treatment in his endeavours to win the title.

At Red Bull, Sergio Perez had to take on the number two role early in the year. During the Spanish Grand Prix he was told on two separate occasions to move aside for team mate Max Verstappen, who went on to win the race. “That’s very unfair, but okay” Perez reluctantly agreed. Speaking to the media afterwards he said there were “a few things that we will discuss internally” at the team.

Red Bull team principal Christian Horner defended his decision, saying Verstappen had significant tyre advantage and the team needed to capitalise on the retirement of Charles Leclerc, who arrived at the race in the lead of the championship. “Both drivers worked together as a team and to get the maximum points was hugely important when Ferrari had an issue,” said Horner.

At the very next race Perez reminded everyone he was capable of taking wins for himself, claiming victory in Monaco. At the race after, he made way for Verstappen again. Red Bull have arguably been quicker to lean on Perez to help Verstappen than, for example, Ferrari has been when Leclerc has found himself behind Carlos Sainz Jnr.

Some drivers, however, feel the importance of ‘number one’ and ‘number two’ roles within teams is often exaggerated. Lando Norris, who will race alongside a rookie for the first time in his career next season, says McLaren treat him and Ricciardo equally.

“I love when people think that they know what they’re talking about when actually they’ve got no idea and it’s sometimes the complete opposite,” he began. “Especially, from my point of view, every single weekend before the race we have a little meeting going through how we can work well as a team and how we don’t work as ‘number one’ and ‘number two’ and ways of me helping Daniel in certain scenarios and Daniel helping me in certain scenarios.

“Literally the opposite way of having a number one and number two. It’s more how can we work better as one to have a better result by the end of the day. There’s no priority. I’ll have priority one weekend, then Daniel will have priority the next weekend. It’s completely fair.”

Ocon, who is yet to learn who his team mate will be next season, and is currently up against one of the grid’s most competitive drivers in Alonso, said much the same.

“I’m already leading my team in terms of development on how the car feels,” the Alpine driver explained. “I’m just guiding the team to bring the next updates and which area they need to focus on, if it’s the rears or the front or the ride. We are quite firm, me and Fernando, on what the car does but most of the time we have very similar comments on how the car feels.

“But regarding next year I will be the most experienced driver in the team. So it is interesting. And I’m ready to take that role if that’s the case.”

There will always be occasions when circumstances dictate a team has to put one driver first, such as when they only have one example of a major upgrade. Haas fitted Kevin Magnussen’s car with its upgrade a race ahead of Mick Schumacher. Similarly Williams upgraded Albon’s car before Latifi’s.

Even the top teams suffer from such headaches. Red Bull have been running different floors on Verstappen and Perez’s car for the last few races, which the team explained was partly down to the need to cut costs to meet the budget cap.

Teams may set out to treat both drivers equally but there will always be scenarios where they have to choose between one or the other. The pressures of a championship fight make that more likely, as we saw several times last year, and the budget cap may make such decisions more frequent in the future.

When that happens, as history shows, it’s usually the driver’s performance that swings the decision on who gets what. In F1 the situation is simple: Either prove you’re the number one or risk being designated the number two.