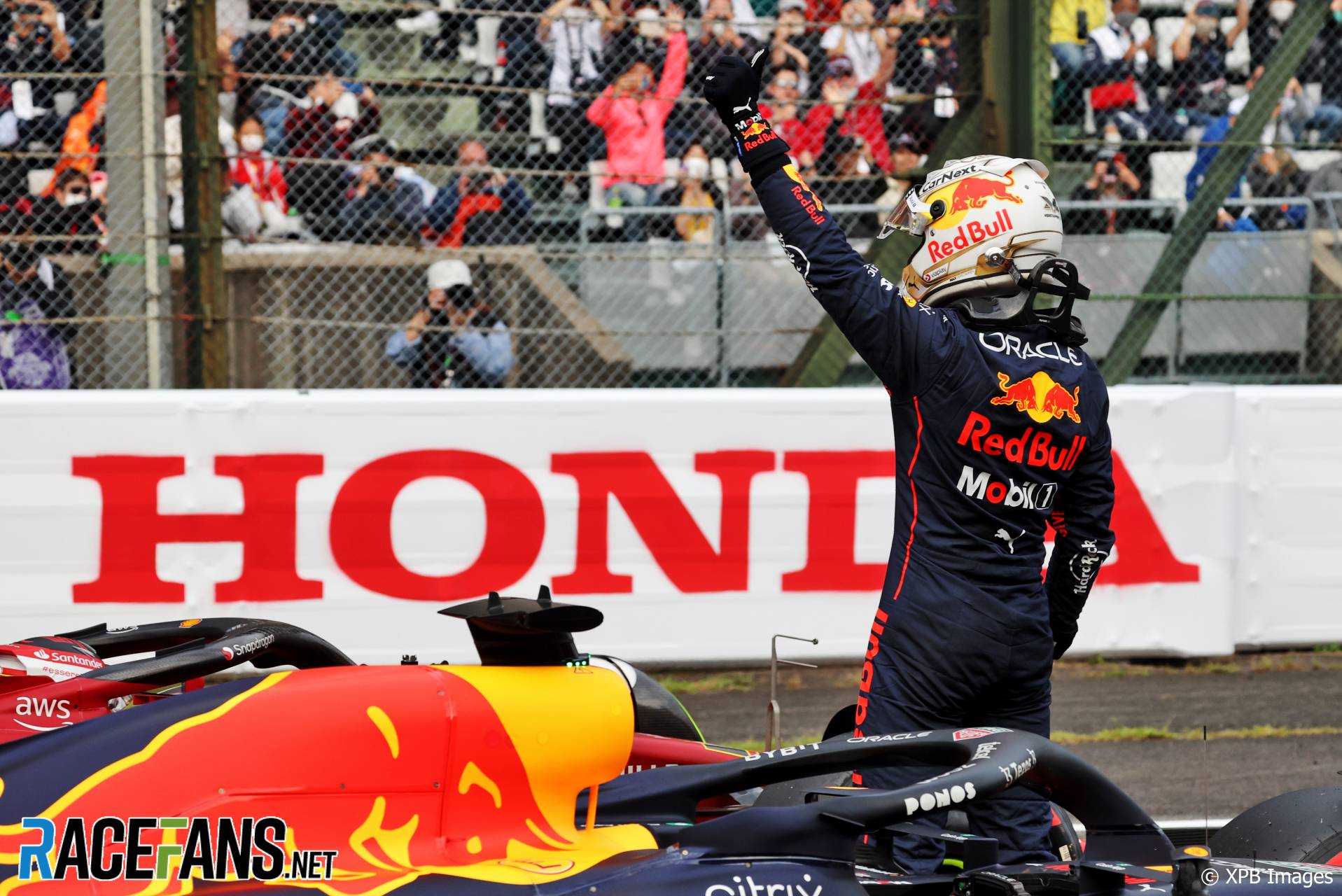 But the Red Bull driver, who can win the world championship tomorrow, has been summoned by the stewards following an incident with Lando Norris. The McLaren driver ran onto the grass to prevent himself hitting the eventual pole-winner as the pair prepared to start their first flying laps in Q3.

In a tight qualifying session, Verstappen beat Charles Leclerc to pole by just one-hundredth of a second, with Carlos Sainz Jnr taking third.

It was a quiet start to the first phase of qualifying, with only a handful of cars taking to the circuit when the session began at the top of the hour. Appropriately enough, the first driver to set a lap time was the Japanese driver, Yuki Tsunoda. He posted a 1’31.631 to beat team mate Pierre Gasly by four tenths and earn a polite round of applause from the fans in the grandstands.

Lando Norris navigated through traffic in the middle sector to move ahead of the AlphaTauris at the top of the times by two tenths. Then the two Mercedes drivers Lewis Hamilton and George Russell completed their first flying laps on the medium compound tyres – the only drivers eschewing softs for their run.

Max Verstappen opted for the softs and instantly went quickest with a 1’30.224, almost four tenths quicker than team mate Sergio Perez. Then the Ferraris of Carlos Sainz Jnr and Charles Leclerc posted their first times of qualifying, with the pair splitting the two Red Bulls with Sainz second and Leclerc in third.

After their first laps on the medium tyres, both Hamilton and Russell were both in need of improvements to their times in order to avoid being in danger of elimination. With under five minutes to go, the pair headed out on soft tyres with the track virtually to themselves and promptly improved to both move inside the top ten.

That left Zhou Guanyu, Kevin Magnussen, Sebastian Vettel and the two Williams of Nicholas Latifi and Alexander Albon sitting in the drop zone as drivers prepared for their final laps of the session.

Latifi improved, but not by enough to progress into Q2. Vettel and Zhou both put in better laps to move safe, which knocked Magnussen and Lance Stroll into the drop zone and out. Pierre Gasly, who complained about “massive pulling” when he hit the brakes, made a mistake at the hairpin which also sealed his fate in the AlphaTauri. “It’s a joke,” he fumed further around his lap. Albon narrowly missed getting through to Q2 by five-hundredths of a second on his final effort, while Vettel squeaked through.

The sun began breaking through the clouds hanging over the Suzuka circuit as the second segment of qualifying got underway. Ferrari chose to send both Sainz and Leclerc out on a used set of soft tyres as the session began – Sainz narrowly beating Leclerc by less than five hundredths of a second.

After the Ferraris’ laps were completed, Red Bull were next out on track – also on used softs. Verstappen’s first lap was good enough to see him go quickest of all, a tenth of a second ahead of Sainz at the top of the times.

Mercedes fitted fresh softs to both cars, but despite their new tyres, the pair could only manage sixth place for Hamilton and ninth for Russell, meaning both would have to head out again.

The track fell silent until less than four minutes remaining. Just half a second covered the top ten positions that would all be set to progress through to Q3, with the five drivers at risk of elimination being Lando Norris, Vettel, Zhou, Mick Schumacher and Tsunoda slowest in 15th.

Only Verstappen and the two Ferraris chose not to run again in the final minutes. Vettel, qualifying at his favourite circuit for the final time, produced a superb lap which bumped Valtteri Bottas into 11th. The Alfa Romeo driver could not find the seven-thousands of a second he needed to reach Q3 and was out.

Zhou improved on his final effort, but not by enough to do any better than 14th, while Tsunoda split the two Alfa Romeos but was also eliminated in 13th. Russell was the last car able to improve and jumped from 11th to seventh, which knocked Ricciardo out of qualifying by just three-thousandths of a second behind Vettel.

Mick Schumacher was the final driver cut from the second segment in 15th, almost half a second adrift of Zhou ahead of him.

Having saved a set of soft tyres reaching Q3, Verstappen and the two Ferraris headed out on fresh softs for their first flying laps as the third and final phase of qualifying began.

Verstappen headed out ahead of Norris on track and slowed down on the exit of the 130R to warm up his tyres ahead of starting his flying lap. However, Norris was approaching behind at much faster speed and had to suddenly take avoiding action over the grass on the inside to prevent a collision with the Red Bull. The stewards announced that they would investigate the near-miss after qualifying.

Leclerc was the first of the pole position favourites to complete their first timed lap, breaking under the 1’30s for the first time. He was a tenth-and-a-half faster than team mate Leclerc, with Perez almost three tenths behind the Ferraris.

Verstappen took provisional pole with his first lap, posting a 1’29.304 to go a quarter of a second faster than Leclerc’s previous best time. On his way back into the pit lane, Verstappen passed Norris and offered a gesture of apology to the McLaren driver for their earlier near-miss.

Leclerc was again the first driver over the line to start his final lap, but while he improved by over two tenths, he was still just one-hundredth of a second away from Verstappen’s provisional pole time. Sainz also improved on his last effort, but he also failed to improve his position, going within a tenth of Verstappen.

With Verstappen already assured of pole, it was a question of whether he could lower his own pole time with his final effort. However, he ran wide on the exit of turn two and lost a small piece of bodywork over the kerbs. Verstappen completed the lap, but did not improve on his first time, however, pole position was still his.

Perez secured fourth behind Verstappen and the two Ferraris, with Esteban Ocon taking fifth on the grid with Lewis Hamilton alongside him. Fernando Alonso will start seventh on the grid, ahead of Russell in the second Mercedes. Vettel was thrilled to conclude his final qualifying at Suzuka with ninth on the grid, while Norris could only manage tenth, the slowest of the drivers in Q3