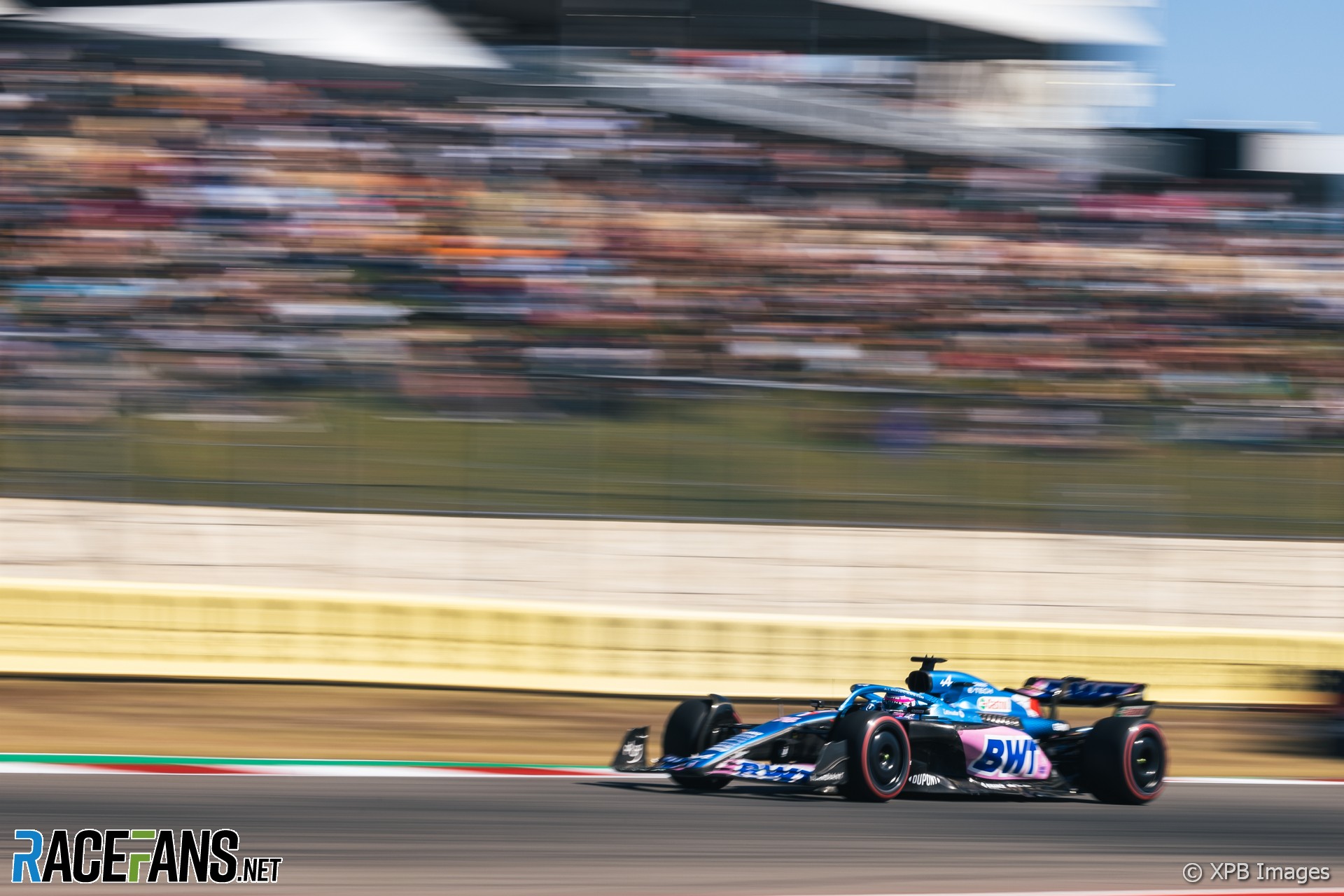 Fernando Alonso believes Alpine’s strong weekend at Suzuka made them too optimistic about their car’s performance, following a disappointing qualifying session for the team yesterday.

Although Alonso reached the final round of qualifying, he was only quick enough for ninth place and will start 14th after a penalty. That still leaves him three places ahead of team mate Esteban Ocon, who will line up 17th having failed to progress beyond the first round of qualifying.

The result is a disappointment for the team two weeks after Ocon qualified fifth at Suzuka, two places ahead of Alonso, and went on to score their best result of the season so far with fourth place. But Alonso doesn’t believe the car’s performance has changed drastically between the two races. “Japan was P7 or something like that, and here is P9, so it’s not much of a difference,” he told media including RaceFans after qualifying on Saturday.

“I think the team was over-optimistic in Japan. Esteban said that it was the best car ever and today the worst car ever. But I think it’s not that different, even though I think we’ve had more difficulties today, for sure, we found out in FP3.”

Alpine has brought a single example of a revised floor for this weekend’s race, which is only being run on Ocon’s car. “We need to understand the new floor that Esteban has in this weekend, if it’s performing,” said Alonso. “Because it’s a little bit strange to see one Alpine going out of Q1, so we need to make sure that we are in the right direction.”

Alonso suspects the team’s A522 simply performs better at circuits like Suzuka. “I think in Japan the car was fast, it was good. But it was good also in Silverstone, it was good in Spa. So I think there are certain tracks with high efficiency that the car was very strong all year long.

“So I don’t think that it was just related to the floor, it’s just a characteristic. The car felt good today as well but obviously not good enough.”

Ocon was puzzled by his failure to progress beyond the first round of qualifying. “It’s difficult to explain really what is the cause at the moment,” he said.

“[I] didn’t feel comfortable or at ease or together with the car since the beginning of the weekend. The only time where we felt more normal was FP2. From looking at that we lacked a lot of pace in the session and that was all there was in Q1.”

However he said the car’s performance at the last race gives him confidence they can solve the problems they encountered this weekend. “We had a car that performed well in Suzuka so we will find it and touch the issues,” said Ocon.