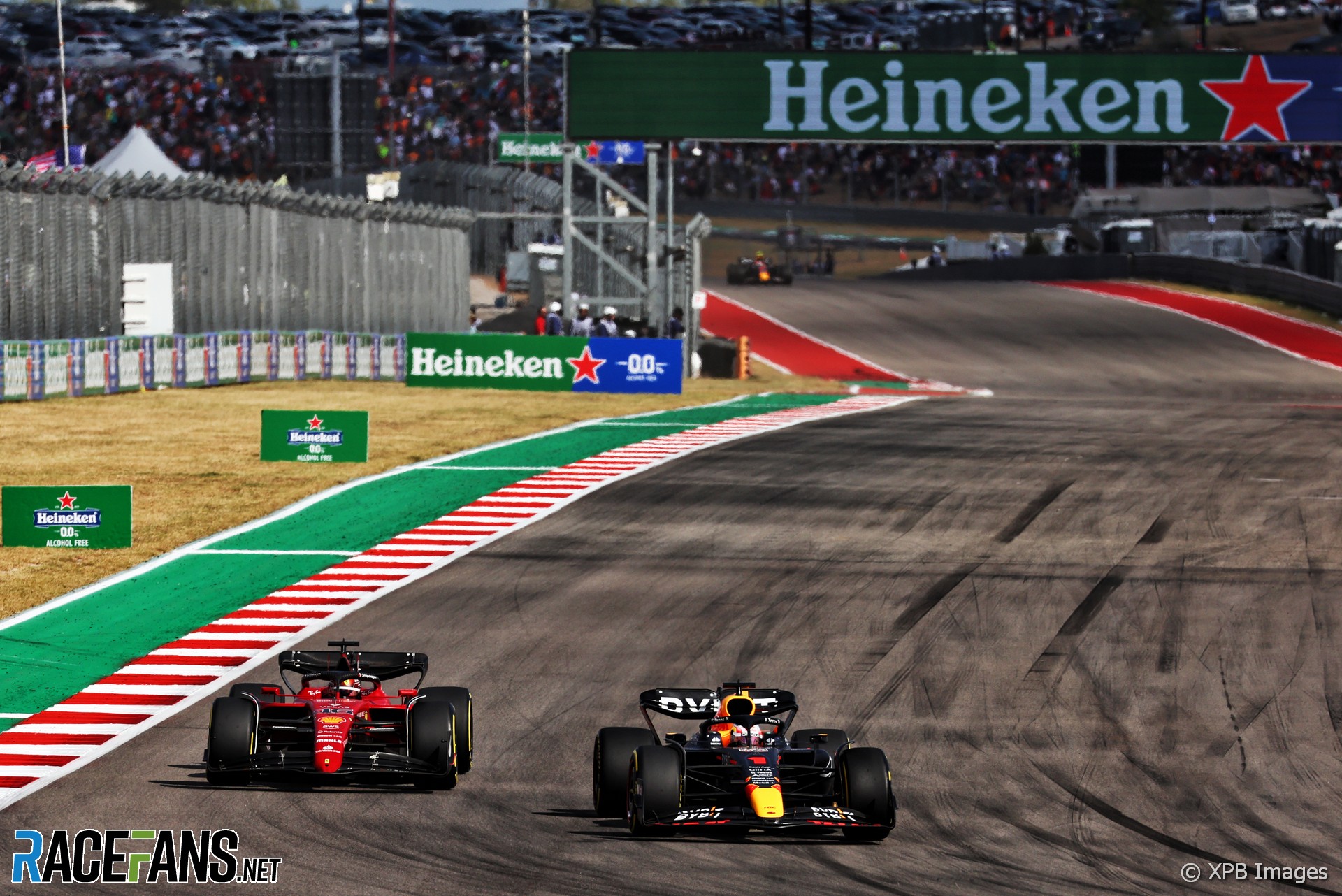 Charles Leclerc says Ferrari have improved their tyre management but they can’t match Red Bull in some track conditions.

Leclerc has stood on the podium in each of the last five grands prix but Red Bull won all of the last eight. The Ferrari driver has only converted two of his eight over poles this season into victories.

Speaking ahead of last weekend’s United States Grand Prix, Leclerc singled out tyre management as a key area Ferrari must work on. He thinks gains have been made but Ferrari is still being out-performed.

“I think for communication, strategy et cetera, that’s been a few races now that we’ve been working on it, and I’ve already seen positive signs. So that is good,” he said.

“Then there’s the tyre management, as we’ve seen in the last races where this is a bit more difficult. We need to identify all the causes of it. But this is continuous work that we are doing, and that we are getting better at. I think we’ve seen it this year, in some races we’ve been very good with tyre management, the only thing we need is to be good in very specific situations.

“Like in Japan, Sunday was a bit cooler, obviously it was raining also. And then when it’s a bit of an unexpected situation, that’s where we probably are not as good as maybe Red Bull is. So on that we need to work.”

After finishing third in the United States Grand Prix, Leclerc underlined his belief tyre management is still one of Ferrari’s key deficits.

“I’m satisfied in a way because we started P12, so a podium is a good achievement,” said Leclerc. “But looking at the race, it’s obviously a little bit disappointing.

“We had the pace, but then we had a little bit too much deg towards the end of the race. But we’ll work and, at the end, P3 starting [from] P12 is not that bad.”

“With the tyre deg you keep working with the steering wheel, which makes it even more difficult, but it was quite a nice battle with Checo [Perez] and then later on with Max [Verstappen],” he added.

“We need to keep working in order to challenge them a bit more towards the end of the races.”

A mid-race Safety Car period helped those prolonging their opening stints to manage their tyres. But Leclerc pitted from the lead for new tyres once the Safety Car came out and rejoined the race in fourth place, a gain of two places from where he was before drivers started pitting.

“We got a bit lucky with the Safety Car at the right time for us, which put us back into the race. But then unfortunately we suffered a little bit too much tyre degradation to fight for higher places. It is an improvement but we need to do all the steps.

“I was quite confident that a podium was possible if we were doing everything perfect. Looking back, I think communication strategy has been the right one. Tyre management, we still need to do a step as I said, but we are working in the right direction.”