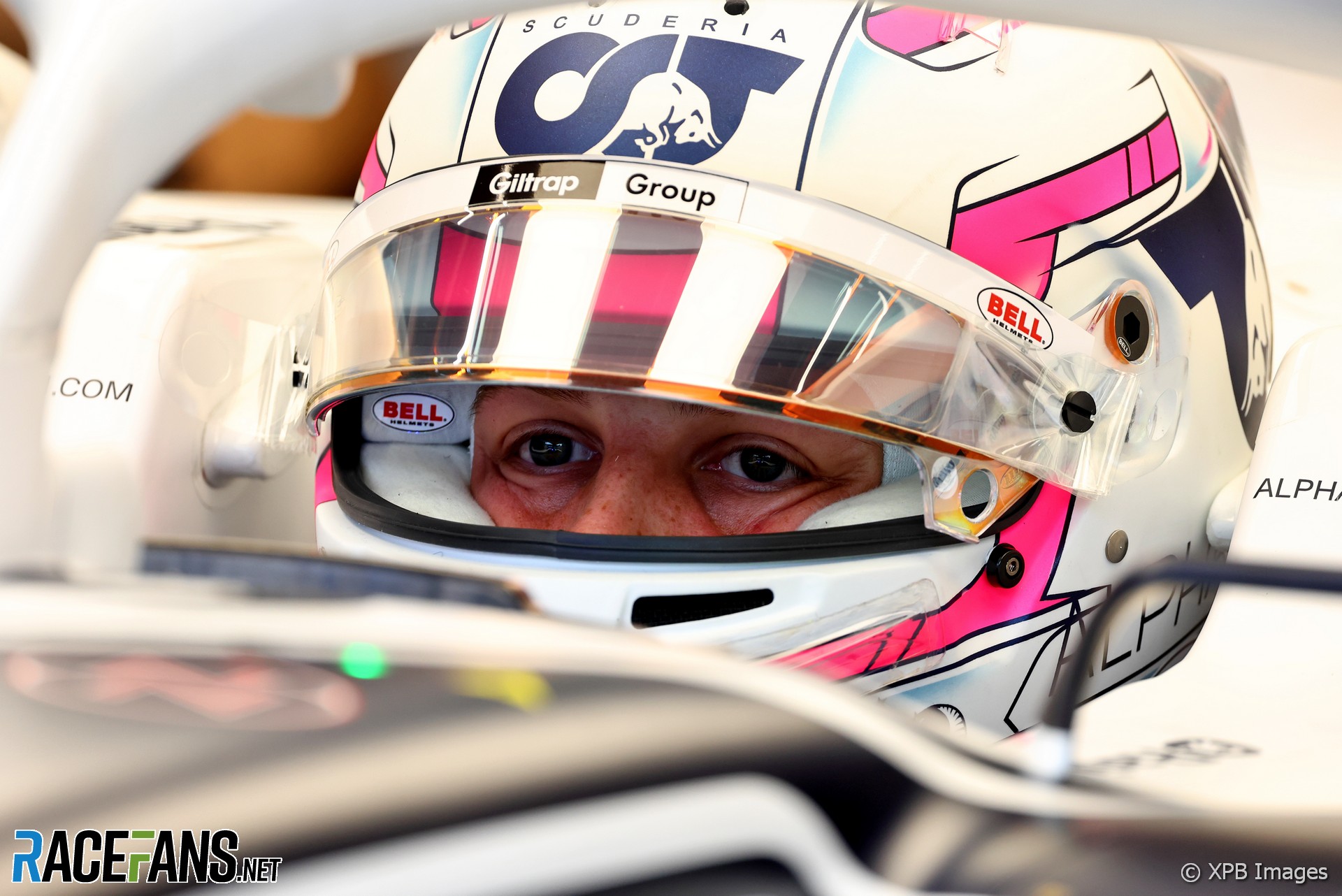 AlphaTauri will become the third team to complete the mandated handover of two practice sessions to aspiring F1 drivers this season as Liam Lawson has been confirmed for this weekend’s race in Mexico.

A new-for-2022 rule requires each car on the grid to be driven by a driver with fewer than three grand prix starts to their name in at least one practice session, meaning two instances of this at each team, in an effort to create more Formula 1 opportunities for young drivers.

Formula 2 driver and Red Bull junior Lawson drove Pierre Gasly’s car at the Belgian Grand Prix, and had already been confirmed as having a second run in the AlphaTauri AT03 later in the season. It has now been announced he will take the place of Yuki Tsunoda in the first practice session in Mexico City this weekend.

Lawson is currently seventh in the F2 championship with one round to go, having won three races so far in his second season, and will be one of four practice-only drivers in Mexico.

Lawson’s F2 rival Jack Doohan will make his F1 practice debut for Alpine, Haas reserve driver Pietro Fittipaldi is back in action on a race weekend for the first time since his two-race stint with the team in 2020, and Mercedes will run Nyck de Vries for the second time this season to complete their practice session quota.

Alpine, Aston Martin, Haas and McLaren have all scheduled their final second practice session handover to take place at the season-ending Abu Dhabi Grand Prix, Ferrari have said Robert Shwartzman will be driving at one of the last three grands prix, and there has been no word from Red Bull on how they will complete the practice session requirement as they still need to replace Max Verstappen for one session.

Although Aston Martin’s junior driver Felipe Drugovich will not get his chance to drive the team’s 2022 F1 car until Abu Dhabi, he is being immersed into the race team through the final American leg of the season, starting with last weekend’s United States Grand Prix.