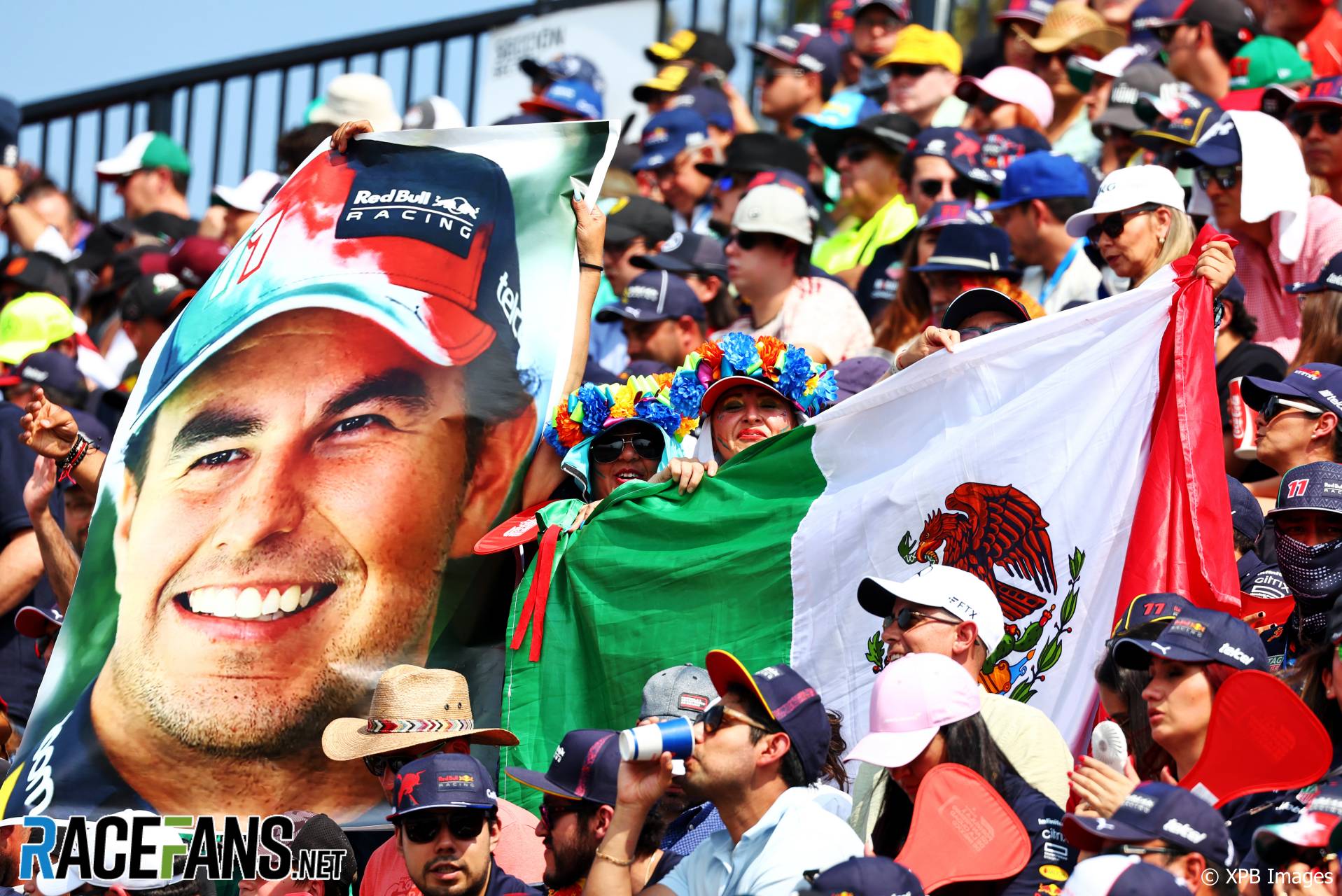 The Mexican Grand Prix is invariably one of the liveliest and most popular events of the season, but this year the paddock got a little too crowded.

After stepping off an 11-hour flight and sorted complications at my hotel, I was pleased to find I had beaten jet lag by Thursday morning. What I hadn’t anticipated, however, was how loud my first night was going to be in Mexico City.

A vibrant city by day, it apparently does not sleep at night. I was woken many times by booming fireworks and celebrations outside my apartment. The city was preparing for Día de los Muertos, Day of the Dead, and there was a lot of excitement in the air.

Putting a poor night’s sleep behind me and ready for media day, I reached the Autodromo Hermanos Rodriguez despite the notorious chaotic traffic adding far too much time to my journey.

After a quick chat with Esteban Ocon, I headed to Williams, where Alex Albon greeted us with a warm smile. He was in good spirits, sporting his recently-introduced blonde hair. What did I think of it, he asked? I heisted and replied, “it’s different,” earning a slightly perplexed but warm response. 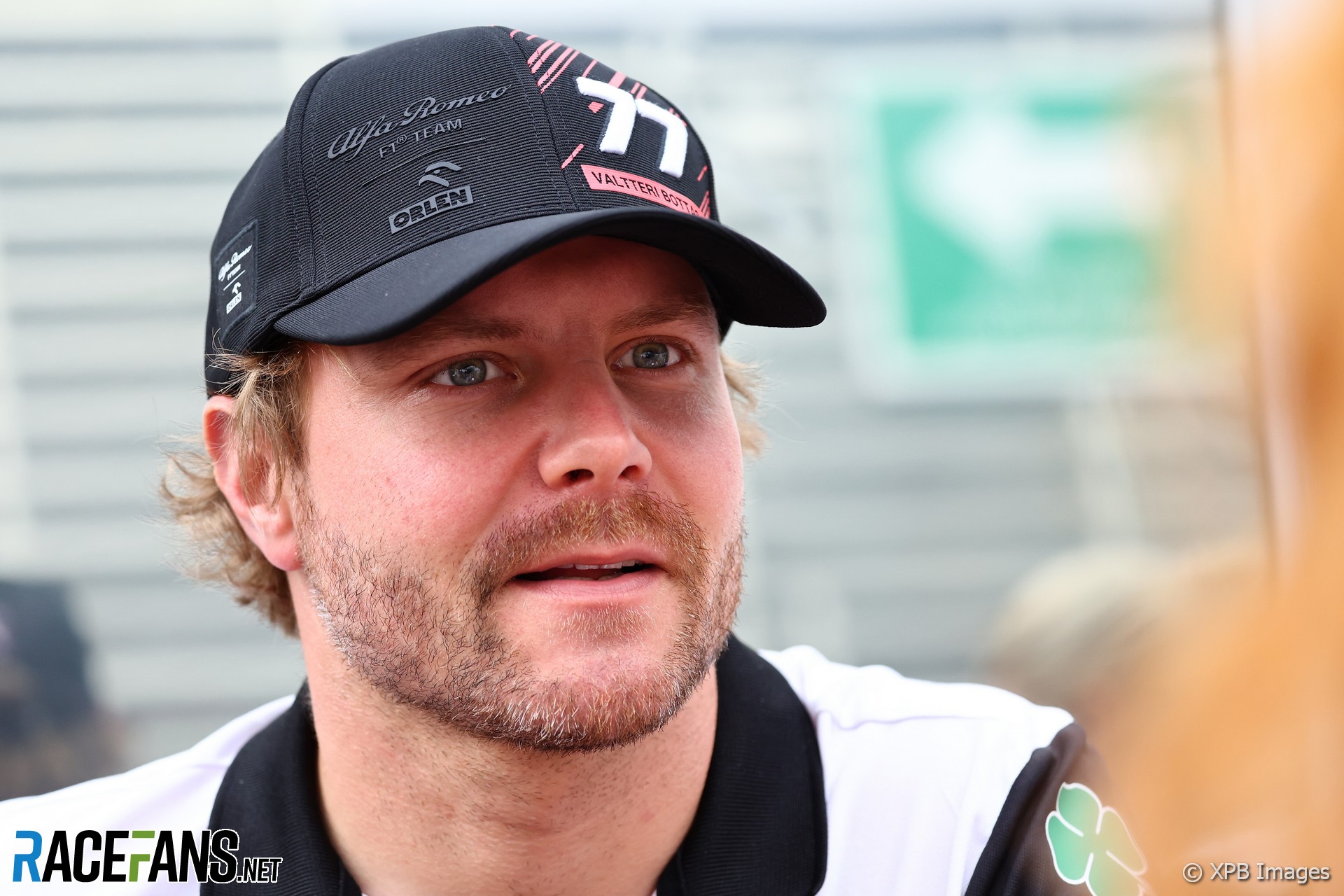 Later that afternoon I met Valtteri Bottas for an exclusive interview which will appear here soon. He spoke so softly I struggled to him over the din of the Mexico City paddock.

Halfway through the chat we were interrupted by his team mate Zhou Guanyu offering Valtteri some “chilli-flavoured things.” After a moment Zhou said, “try it – they’re actually nice.” Valtteri paused and studied the packet, then handed them over to his press officer Katharina Rees. “I’m gluten intolerant,” he explained. I tried one a little later and spat it out almost immediately. 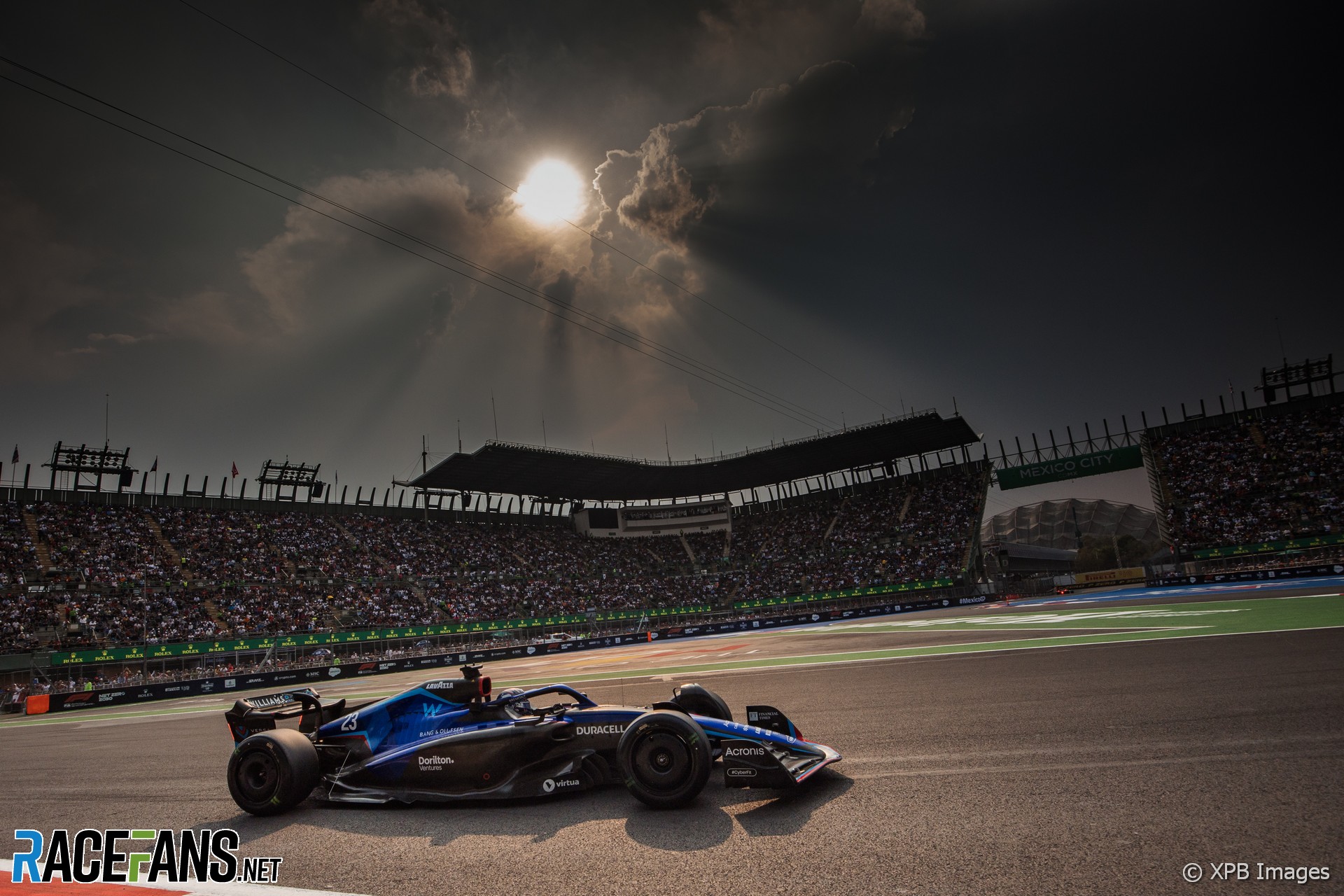 Another early start to battle through the traffic. We arrived at the entrance amidst hordes of fans, many sporting Red Bull team kit bearing the number 11 on their hats in support of Sergio Perez. He stopped off in his home city of Guadalajara, some 500 kilometres west of Mexico City, to perform a demonstration run before heading here.

The first indication the long-running saga over Red Bull’s cost cap breach was nearing its end came when the team indicated it would hold a press conference on Friday to address the controversy. Team principal Christian Horner held court for nearly an hour answering questions about how the team had exceeded last year’s $145 million spending limit and why he felt their penalty was “draconian”.

After second practice I went to speak to the AlphaTauri and Aston Martin drivers as usual, but faced an unusual challenge: It was almost impossible to see them. The paddock was so busy that even in the media pen fans surrounded the drivers, seemingly unaware of TV broadcasters and journalists trying to do their jobs. Pierre Gasly had to tell one fan to wait his turn as we tried to get their feedback on the first day of running. 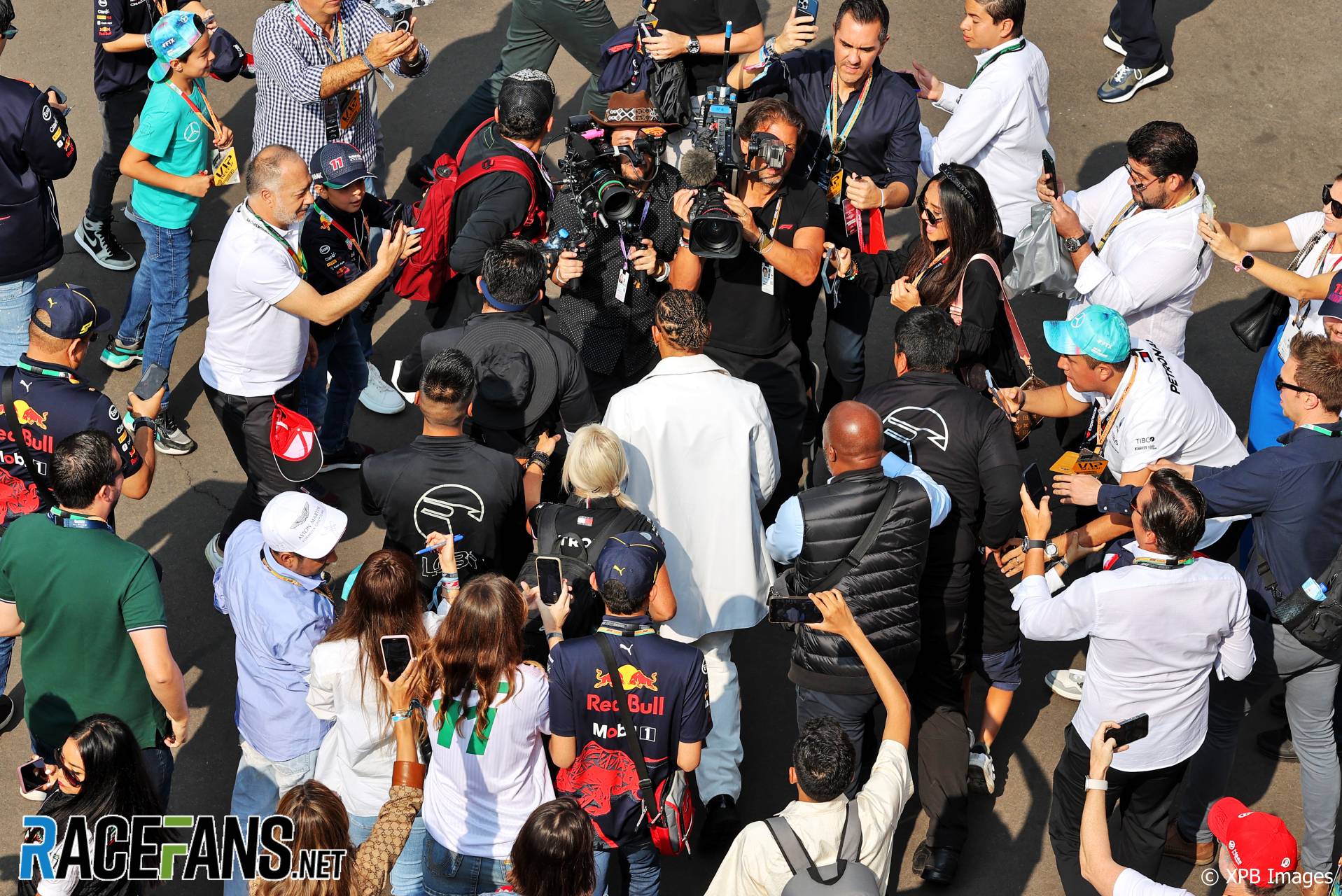 The crowd was so dense that we had to “walk and talk” with Sebastian Vettel to get a quote. But even the three-metre walk to the hospitality proved a challenge with people bustling all around.

Leaving Aston Martin I battled through more people, some of which who were sprinting to take a picture of Carlos Sainz Jnr. The passion of the fans is undeniable and of course we all want the sport to be successful. But the drivers were being constantly mobbed for pictures and autographs in a way I hadn’t seen before, and it was starting to get a bit much.

We spent the evening at a Mexican wrestling event, very kindly put on by the race’s organisers. After one of my favourite nights at an F1 event, I returned to my apartment, hoping for a quieter night as celebrations continued outside. 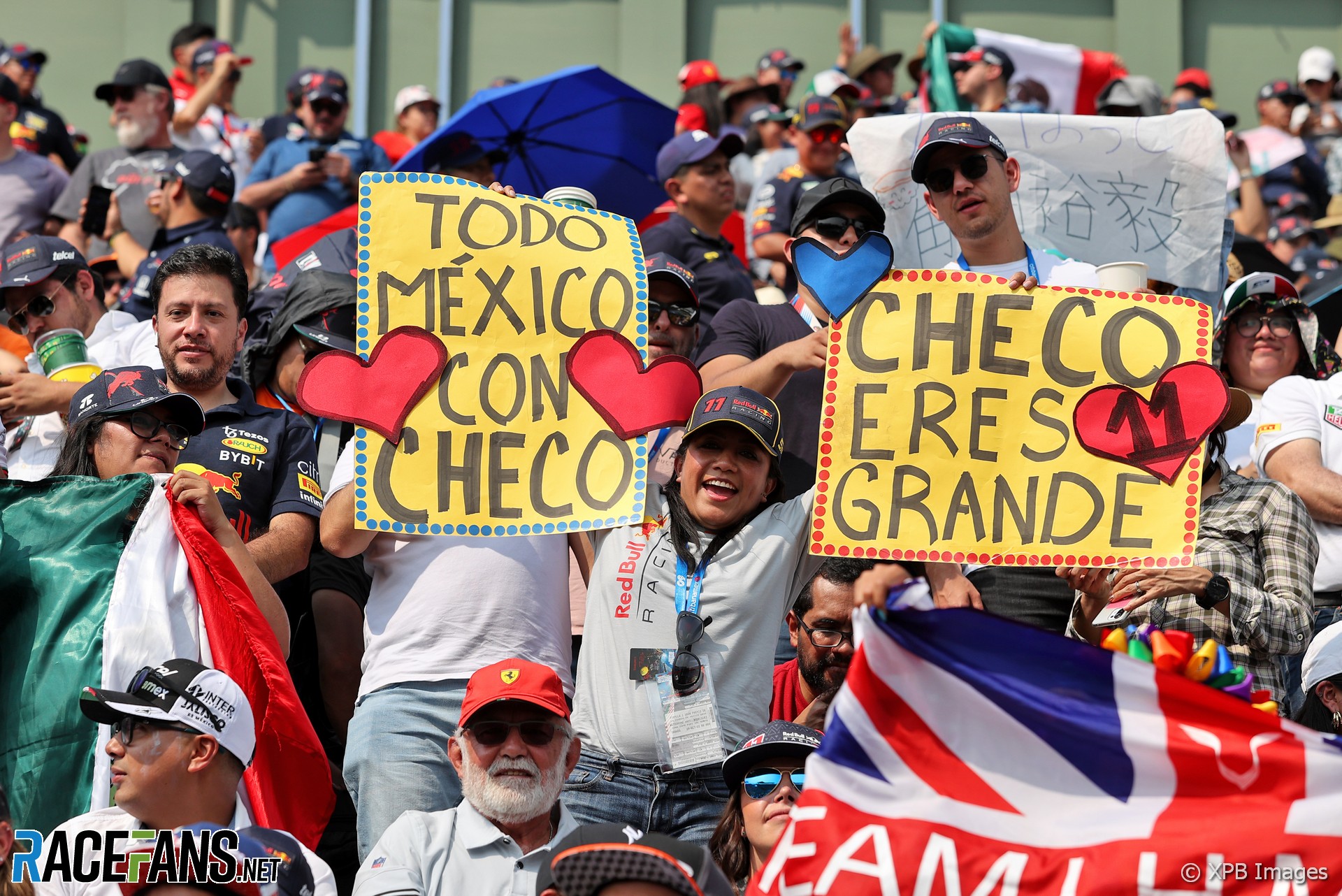 The traffic was marginally better once the weekend began, but it was still a very early start from the hotel to get in for the team principals’ press conference. The atmosphere was already buzzing as VIPs and fans combed the area, desperate to seek out anyone connected to a team.

Much like the day before, it clearly felt uncomfortable for many in the paddock. Fernando Alonso was doorstepped the instant he set foot in the place, Pierre Gasly couldn’t walk from his garage to the team’s hospitality. I noticed some drivers now had security guards around them. I have never been to a race like it where the drivers were so constantly hounded in the paddock, their safe space.

After watching Max Verstappen see off the Mercedes drivers to take pole position, I spoke to some of the drivers about the conditions at the circuit. Gasly was very vocal, explaining he’d had his bag opened whilst walking into the track, only noticed by his manager. Charles Leclerc, understandably keen not to offend any fans, suggesting maybe more could be done for security.

Off the record one driver told me he had been mobbed and grabbed by fans, to the point he felt uncomfortable in the paddock. He added that he was fine with kids approaching enthusiastically, but turned away a grown man who demanded he signed a hat and invaded his personal space.

It was hardly any less busy outside the paddock. On the way back we hit traffic again, and it took me an hour and a half to travel 12 kilometres. 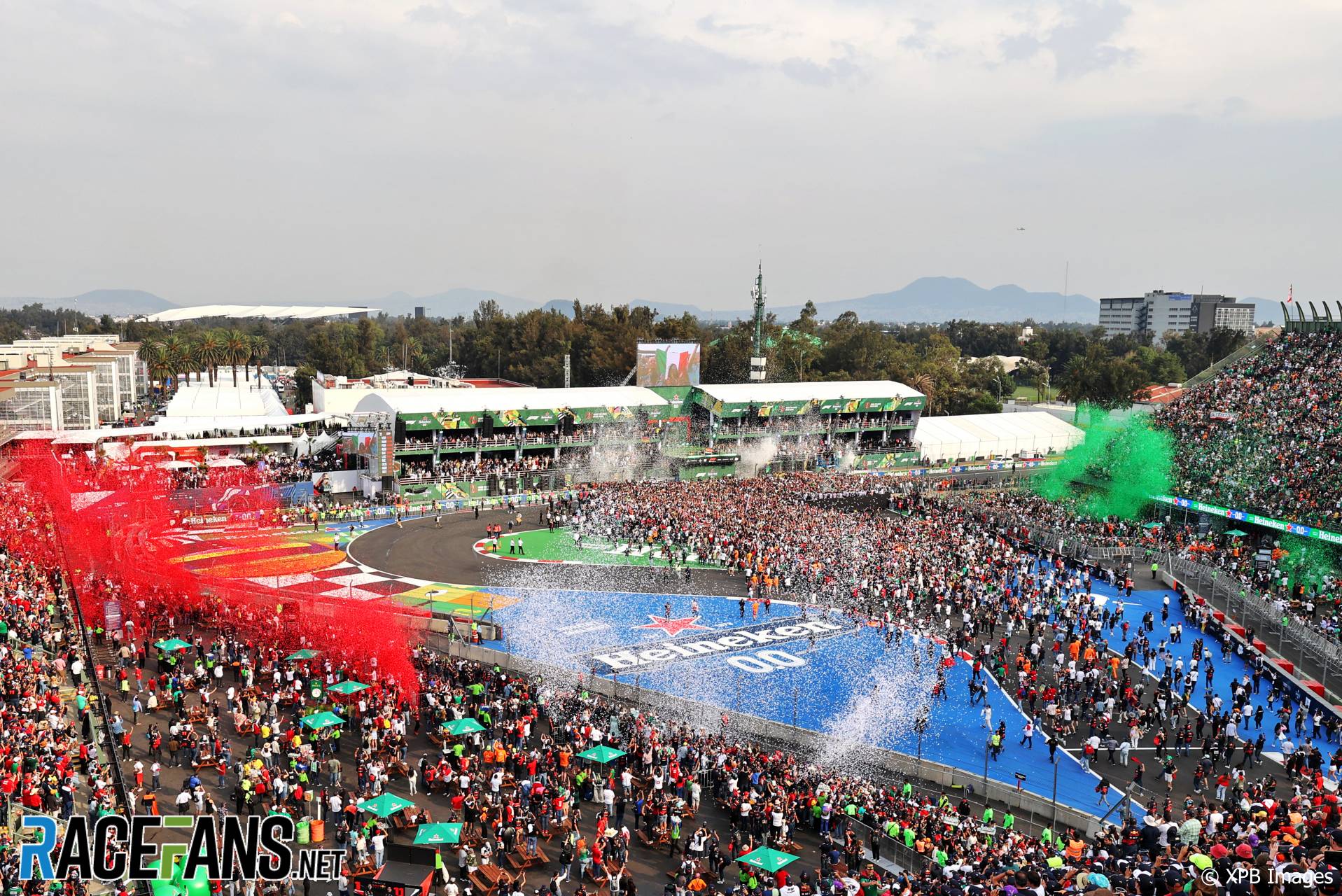 Once again greeted by an alarm that went off long before the sun had risen, the roads were quiet compared to the rest of the weekend. For the first time all weekend, I could hear the birds as I waited for my taxi. Not the hum of the traffic, the constant sirens, the blasts from fireworks, just birds.

Brought back down to reality, we were dropped off on the side of the main road, meaning we were forced to dash across to make our way to the paddock, but not before I saw a policeman drive into a bollard.

I was particularly excited about the grid at this race and elated to see I had been lucky enough to grab a pass. Not all media is guaranteed a spot, and I never take it for granted.

Media are particularly lucky as we are allowed on the track before even the cars, let alone invited guests. Soaking up the sounds and sights of Mexico, the crowds were already singing Checo’s name.

As the grid slowly started to fill up and the cars arrived, I briefly chatted with McLaren team principal Andreas Seidl. I threw him a quick “good luck,” and made my way to the front of the grid to speak to Safety Car driver Bernd Maylander. 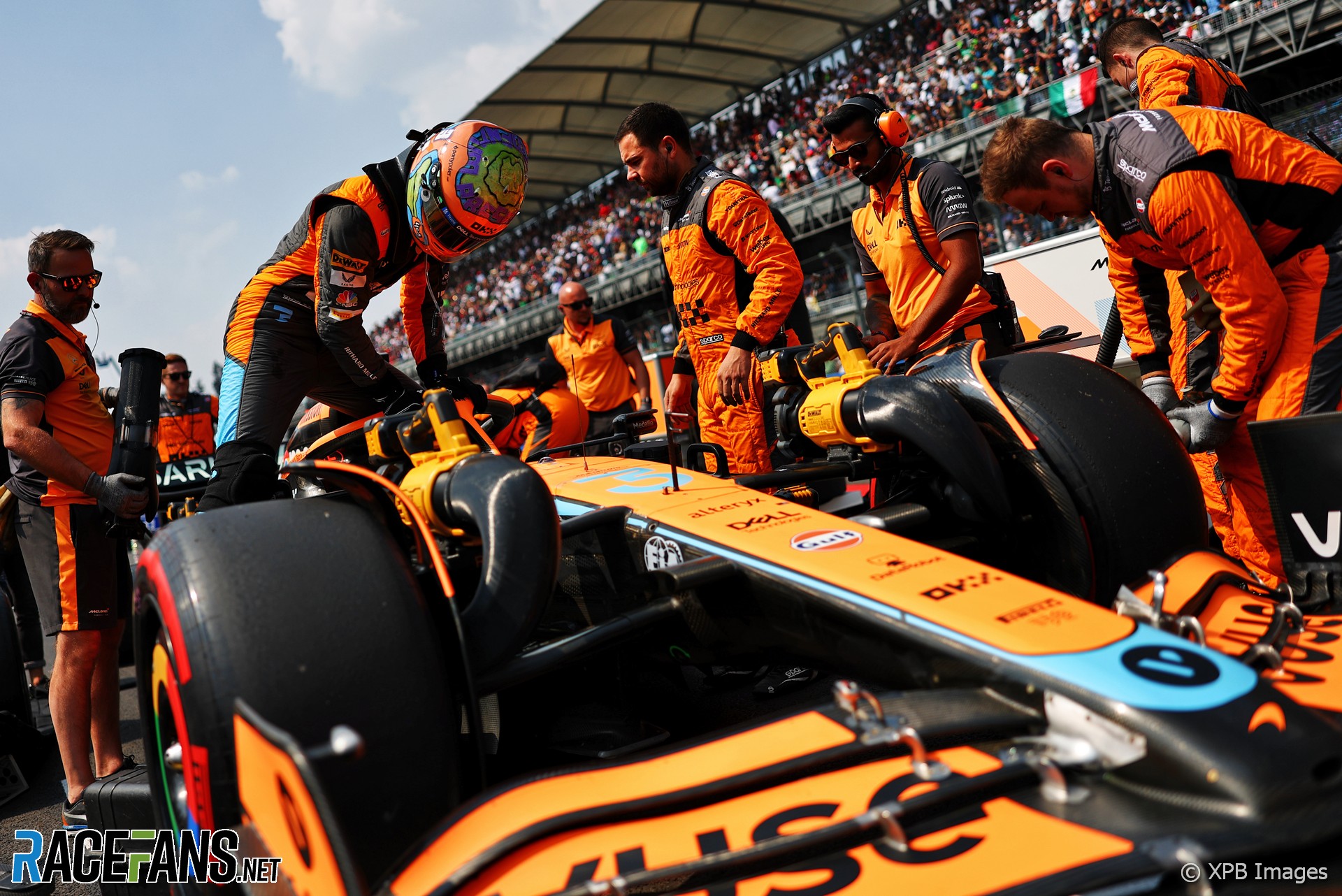 As we were arranging a bet about how many times he’d be out on track this race (for the record he said once, I said twice, and therefore neither of us had to buy the other a tequila shot) the official F1 Safety Car driver was suddenly greeted by Will.I.Am. The hip-hop star asked us if we knew where ‘David Brundle’ was. Completely confused at what to say – as I don’t work for Sky and wasn’t aware Martin Brundle had a brother – I found a photographer who pointed Will.I.Am in the right direction.

Unfortunately after four days of excited build-up the race was decidedly uneventful. Though not uneventful enough for Gasly, who barged Lance Stroll off-track on his way to 11th and was penalised. That meant no championship points but one penalty point, taking his latter total up to 10.

He was already aware of his five-second time penalty when he approached us, but his face dropped as I told him about the additional sanction which leaves him two points away from an automatic race ban. He turned away from us and took a moment to compose himself. Swivelling back to face us, clearly furious, he was reluctant at first to answer questions about it, but soon admitted he would have a chat with the authorities about his third penalty in as many races.

The party continued as I left the track, still packed with fans celebrating Perez’s podium finish. Mexico certainly knows how to put on a race, and following the promoters’ announcement of a contract extension we can look forward to three more visits to its buzzing capital city.