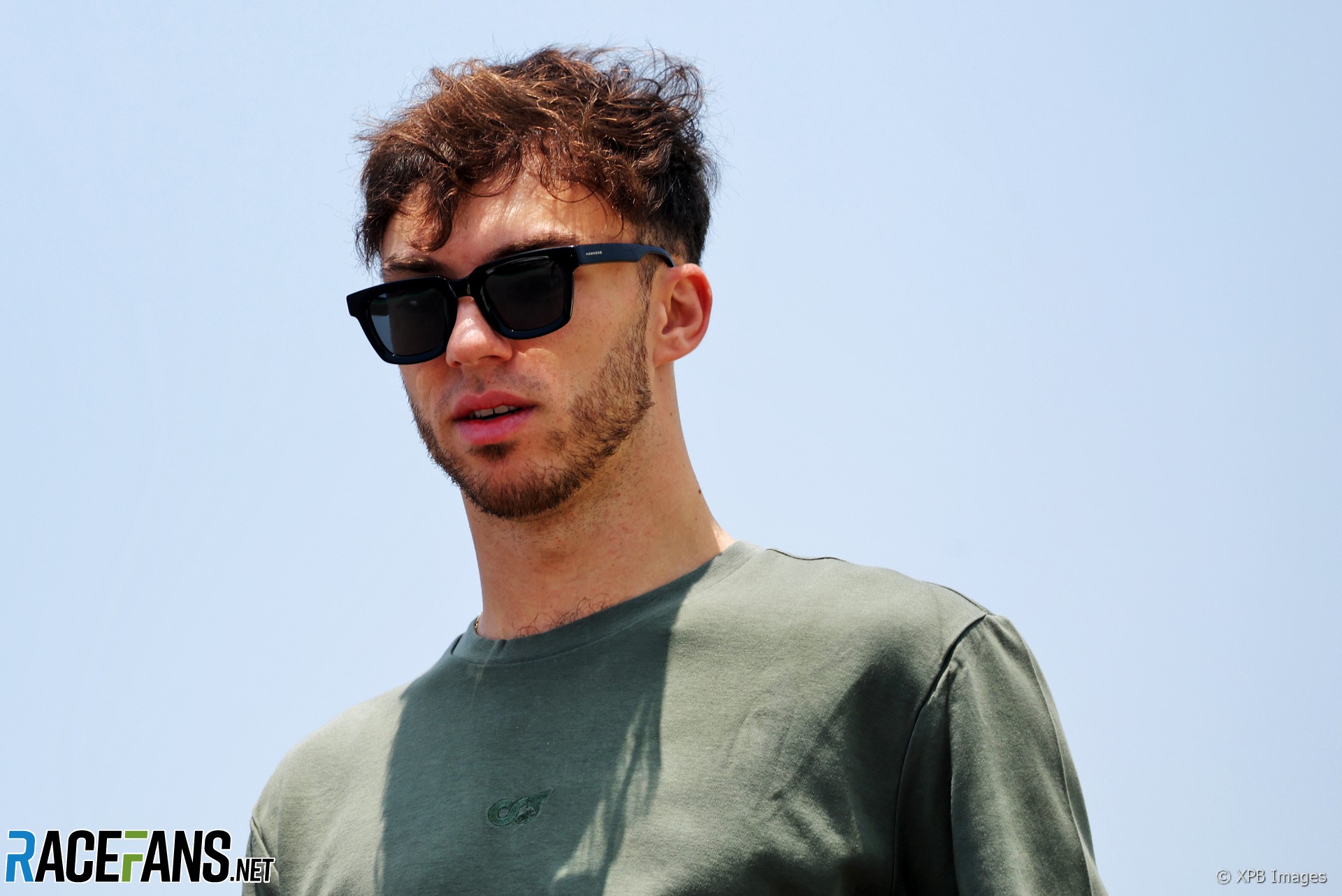 Pierre Gasly says he is lobbying the FIA for a “solution” to avoid a potential race ban if he earns two more superlicence penalty points.

The AlphaTauri driver currently has 10 penalty points on his superlicence after he was handed his fifth point in three rounds at the previous race in Mexico for passing Lance Stroll outside of track limits. He is now just two points away from an automatic one-race ban and will have to avoid earning two points before next year’s Monaco Grand Prix to escape a suspension.

He admitted that it was “a bit embarrassing” to be so close to being the first F1 driver to be banned from a race under the penalty points system since it was introduced in 2014.

“I’m not going to lie, it’s a very unpleasant situation and and quite delicate,” said Gasly.

“In some ways, also a bit embarrassing to be standing in a position where I could be banned for a race after the season that I’ve done. I don’t really feel like I’ve been particularly dangerous over these last 12 months and that would be definitely a harsh penalty.”

Gasly said he has been lobbying the FIA to try and avoid a potential ban if he receives more penalty points on his superlicence when he moves to Alpine for the 2023 season.

“There have been a lot of discussions with the FIA trying to find a solution, because personally I want to do all the races, I want to finish the season in the best way I can with AlphaTauri,” Gasly explained.

“I want to do all the races in 2023 and get the maximum chances to perform for Alpine. Obviously there is a lot at stake because no one knows what’s going to happen in 2023 – I could end up with an amazing car, fighting for the championship for example. I can’t take the risk to be banned for a race and lose all my hopes for the championship. So it’s a very tricky situation.”

The current system of handing penalty points for incidents such as exceeding track limits or falling more than ten places behind a rival under Safety Car is “harsh”, Gasly says.

“I’ve been discussing quite a lot with the FIA to try to find solutions because the way the regulation is written at the moment, it’s quite strict on the drivers and quite harsh penalties – even though it’s not always related to dangerous driving,” he said.

“Definitely the penalty has massive repercussion on the team and drivers’ championship. So I do hope we’re going to have again more conversations today but I do hope we can find a solution out of the weekend to avoid to end up in a silly situation where I’ll be banned for a race and that will be terrible for myself and definitely not the way that I’ve seen the sport growing up.

“I don’t think that’s a correct approach, because obviously I can’t really go into next year with only two points and that risk over my head. But at the same time at the moment, there is no clear solution. So hopefully there can be like a good plan going forward for 2023.”