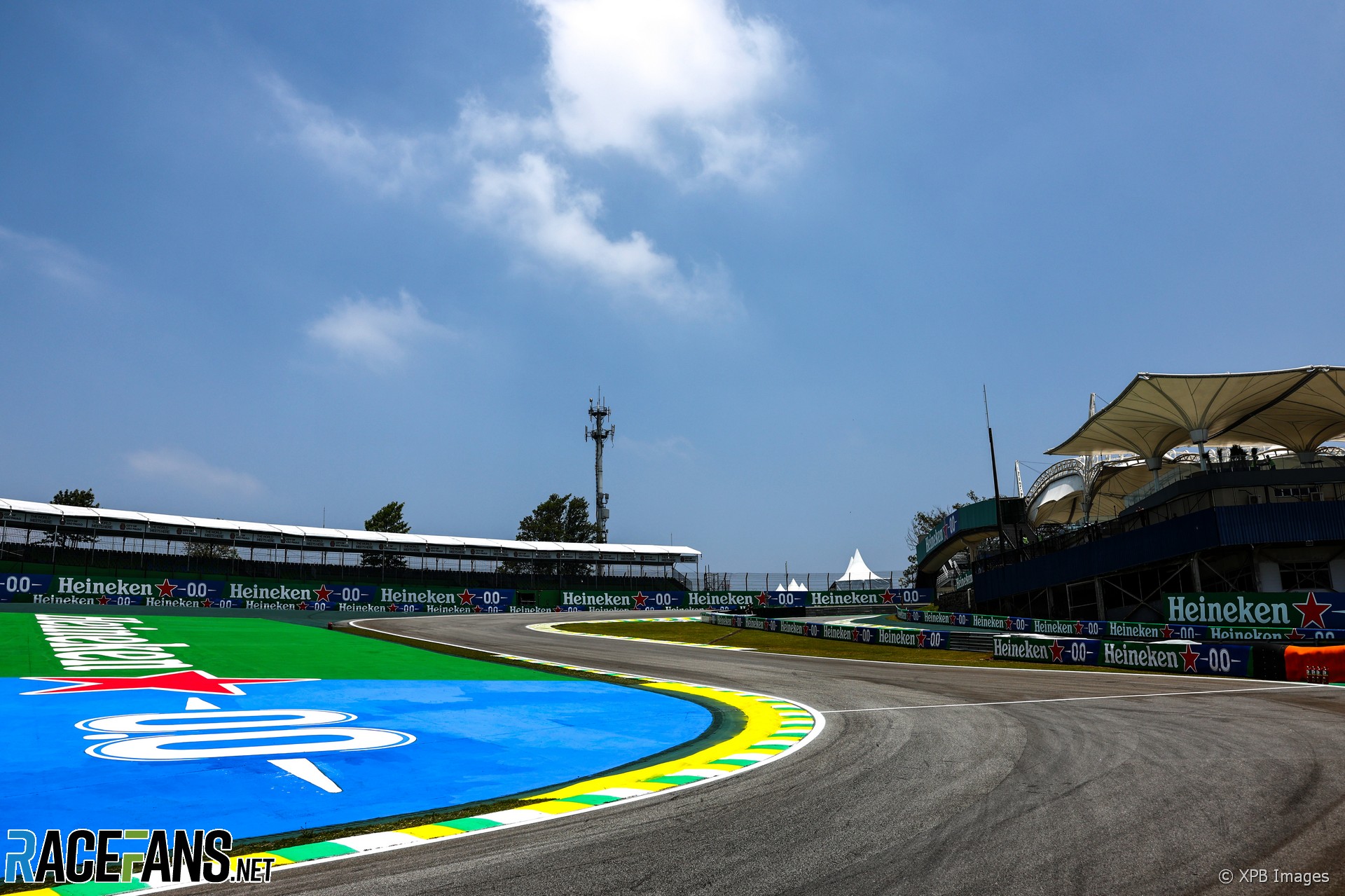 The final sprint race of the 2022 Formula 1 season could be the first to be affected by rain, but the Brazilian Grand Prix itself should remain dry.

The Interlagos circuit in Sao Paulo will play host to the third and final sprint weekend of the season, with qualifying taking place after first practice on Friday afternoon and a 24 lap sprint race following second practice on Saturday.

Friday’s crucial opening hour of practice is expected to take place when the weather will be at its hottest, with air temperature expected around the Autodromo Jose Carlos Pace and minimal cloud cover when the cars head out onto the track for the first time in the weekend. By by the time qualifying begins at 4pm local time, light rain is expected to begin falling over the circuit, increasing in intensity as the session progresses but likely to be at its worst after pole position has been determined.

High winds are likely to challenge drivers throughout Friday qualifying also, but they likely to have died down for when the second practice session begins on Saturday afternoon. But once again, there’s a small risk of ran that picks up as the field prepares for the sprint race in the evening, with temperatures dropping to the low 20s by the time the race begins.

Once the final grid order has been set, Sunday’s grand prix looks set to be a warm, dry affair with temperatures back in the high 20s once again. If the forecast turns out to be accurate, it will make this year’s Brazilian Grand Prix warmer than last year’s event by a few degrees.

Tyre suppliers Pirelli have brought the medium range of compounds for the weekend, from the C2 as the hard tyre to the C4 nominated as the soft. This is the same range chosen for last year’s race weekend at Interlagos and will be the final time the C2 compound will be used for the weekend, before Pirelli takes the three softest tyres to Abu Dhabi.

For more updates on the track conditions during each session keep an eye on RaceFans Live and the RaceFans Twitter account.