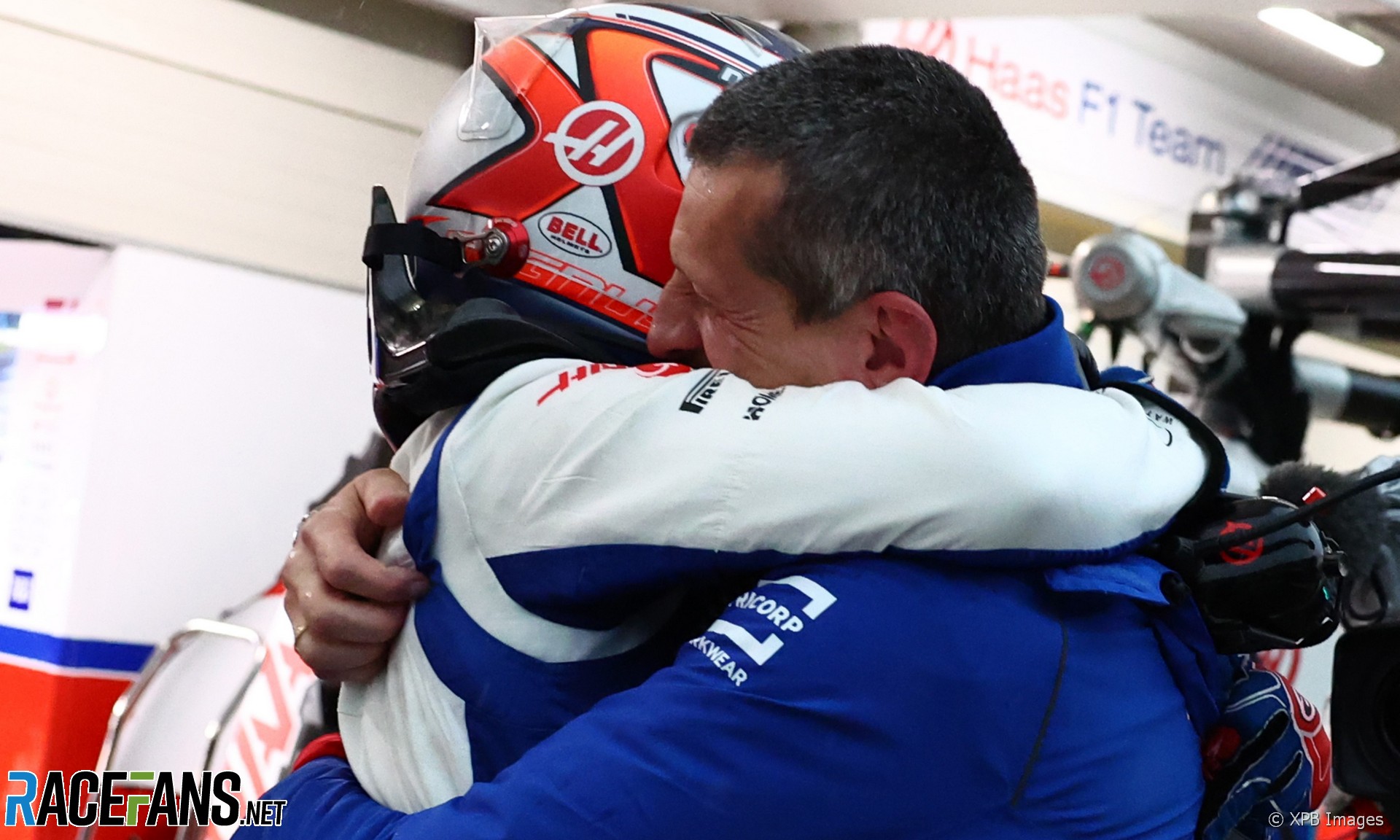 Magnussen took a shock pole position thanks in part to a conveniently-timed red flag early in Q3 as rain fell over the circuit. That prevented anyone from beating the benchmark time Magnussen set with the first timed lap of the session.

Asked after qualifying where the team’s first pole ranked in his lift of achievements in his long motorsport career, Steiner said “I think number one, especially now.”

“If you dream about that, you’re scared to dream about it,” Steiner told Sky. “We are trying hard, the whole team is trying hard since seven years and then circumstances let us pull this one off.”

“I think it was not luck, it was well deserved from the driver, from the team,” he argued. “Being on the right tyres at the right time, Kevin putting a lap down when it was needed. You need to go out and he was first out.

“You can say ‘yeah he had an advantage’ but this ‘advantage’, he had nobody to gauge with – he was on his own. So he put the lap down and it stuck. So basically when it rains soup, you need to have a spoon – and he had the spoon ready today.”

Magnussen’s Formula 1 career appeared to be over less than 12 months ago. He was dropped by the team after the 2020 season along with team mate Romain Grosjean in favour of two rookie drivers, but was hired again at short notice when the team dropped Nikita Mazepin following the Russian invasion of Ukraine.

“I think we always work hard, we never give up, we keep on fighting. You’ll always have naysayers, but ‘welcome to our pole position’ to our naysayers.”

Magnussen will start at the front of the field for the 24-lap sprint race on Saturday afternoon and will only start from pole position for the grand prix should he win that. With world champion Max Verstappen starting alongside on the front row, Steiner says he is keeping realistic expectations for the team’s chances in the sprint race.

“Twenty four laps to keep everybody behind will be difficult, but I’m happy with points,” he said. “We don’t need to win the race. I mean, if we win it, I’m more than happy. But it would be very unrealistic to think that. As long as we stay in the points, we are happy.”

3 comments on “‘It rained soup and he had a spoon ready’: Steiner hails Magnussen’s surprise pole”