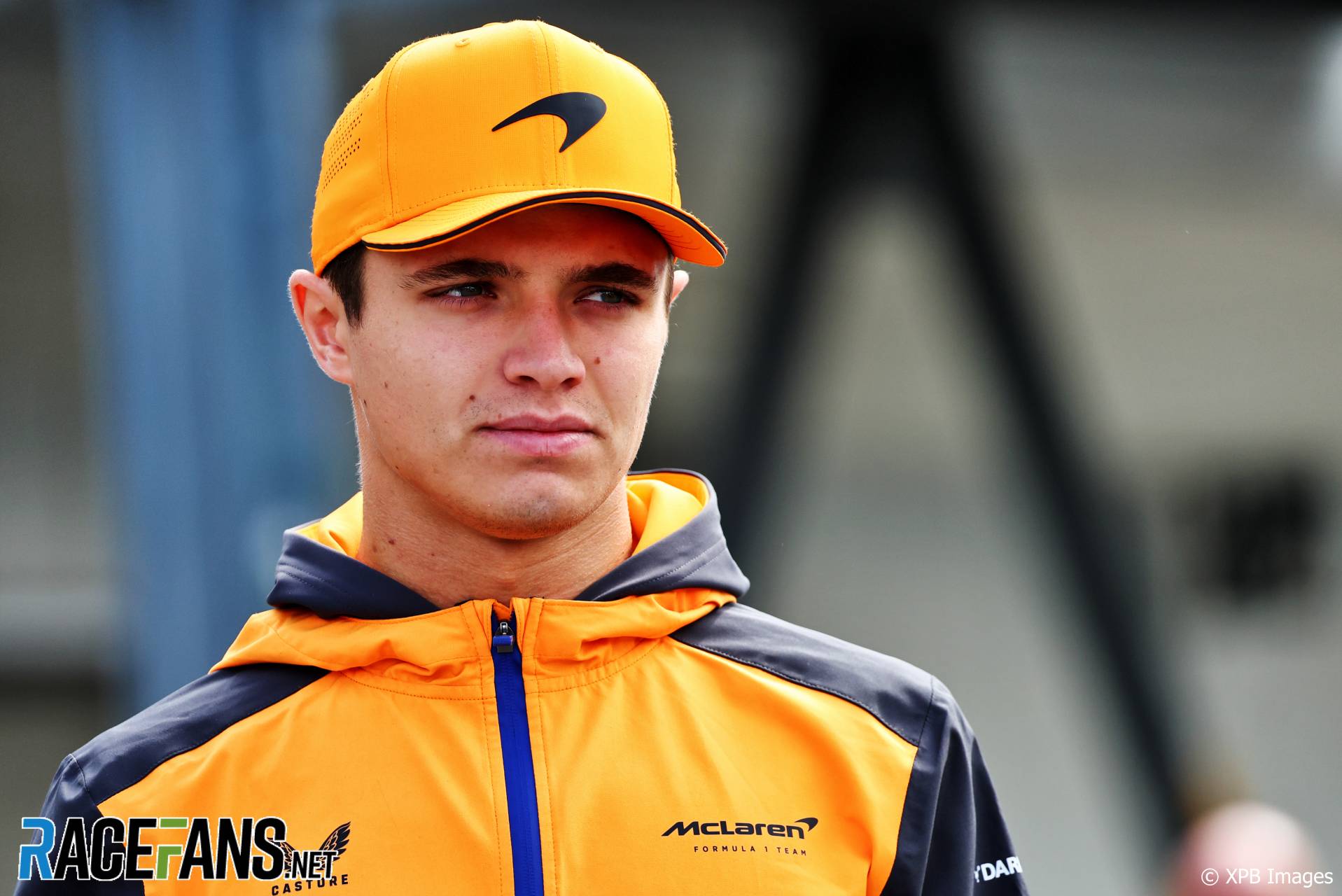 Lando Norris is expected to take part in practice for the Brazilian Grand Prix today after a suspected bout of food poisoning.

The McLaren driver was excused from all Thursday pre-event media engagements at the Interlagos track. McLaren said their driver was absent due to a suspected bout of food poisoning.While Norris rested in his hotel room, McLaren prepared for the possibility that they would require a driver to step into drive in his place for the weekend. With Mercedes reserve driver Nyck de Vries available in the paddock having driven multiple 2022 cars and raced for Williams in Monza, Mercedes granted McLaren permission to prepare overalls and a racing seat for De Vries, should Norris be unable to take part in today’s practice and qualifying session.

It is the second time that Norris has been struck by illness this year. In May he developed tonsillitis which caused him discomfort during the Spanish Grand Prix weekend. He was also excused from Thursday duties on that occasion and raced on despite his illness, finishing in eighth place. He had not fully recovered by the time the Monaco Grand Prix began the following weekend, but again completed the weekend without having to step aside.

McLaren are currently locked in a close battle with Alpine over fourth place in the constructors’ championship, just seven points separating the two teams heading into the final two rounds. McLaren have out-scored their rivals in four of the last five race weekends heading into Brazil, but Norris admitted after the Mexican Grand Prix that he “wouldn’t say Brazil is going to suit us at all” due to the characteristics of McLaren’s car.

One comment on “Norris to take part in practice after illness”