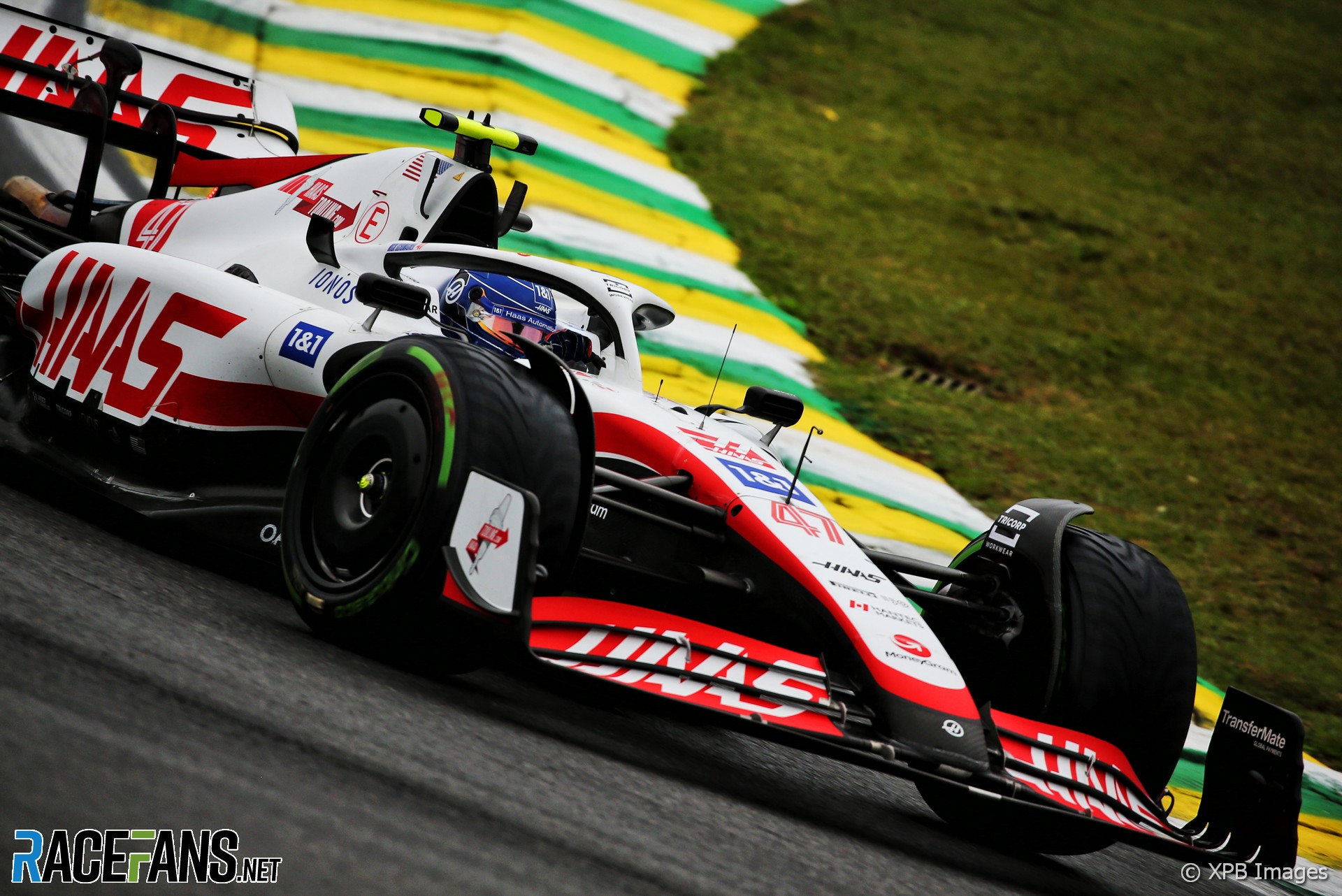 Haas driver Mick Schumacher admits he may have “underestimated” the grip levels on the damp track after he was eliminated slowest in qualifying at Interlagos.

Schumacher will line up at the back of the grid for the Brazilian Grand Prix sprint race after he was knocked out of Q1 in 20th position.

After the first phase of qualifying began in damp conditions, Schumacher was one of the last drivers to transition from intermediates to soft slick tyres near the end of the session. However, despite switching to dry tyres at the same point as his team mate Kevin Magnussen, Schumacher was eliminated at the end of the session as the slowest of the 20 drivers, while Magnussen easily progressed to Q2 in seventh, nearly two-and-a-half seconds quicker than him.

Magnussen continued into Q3 where he took a shock pole position after setting the quickest time on his first flying lap as rain fell on the circuit which eventually prevented anyone from beating him. The result means that the two Haas drivers will start Saturday’s sprint race from the opposite ends of the field.

“Firstly, congratulations to Kevin and the team – they really deserve this,” Schumacher said after qualifying.

“For me, it felt like an okay lap. I thought we had enough margin to get through with it, but seemingly I’m last. So a bit confusing.”

Schumacher admits he may have been too careful in his final flying lap on dry tyres due to him not realising the track surface was offering up as much grip as it was despite not being fully dry.

“It just seems like maybe I underestimated the grip,” he said. “Obviously the track looked pretty damp, but maybe it just wasn’t as damp as I thought.

“[It’s] very frustrating, because I think we had a good car. It just means that tomorrow, the job will be a bit harder for sure. But nothing’s done, so I’m still staying optimistic.”