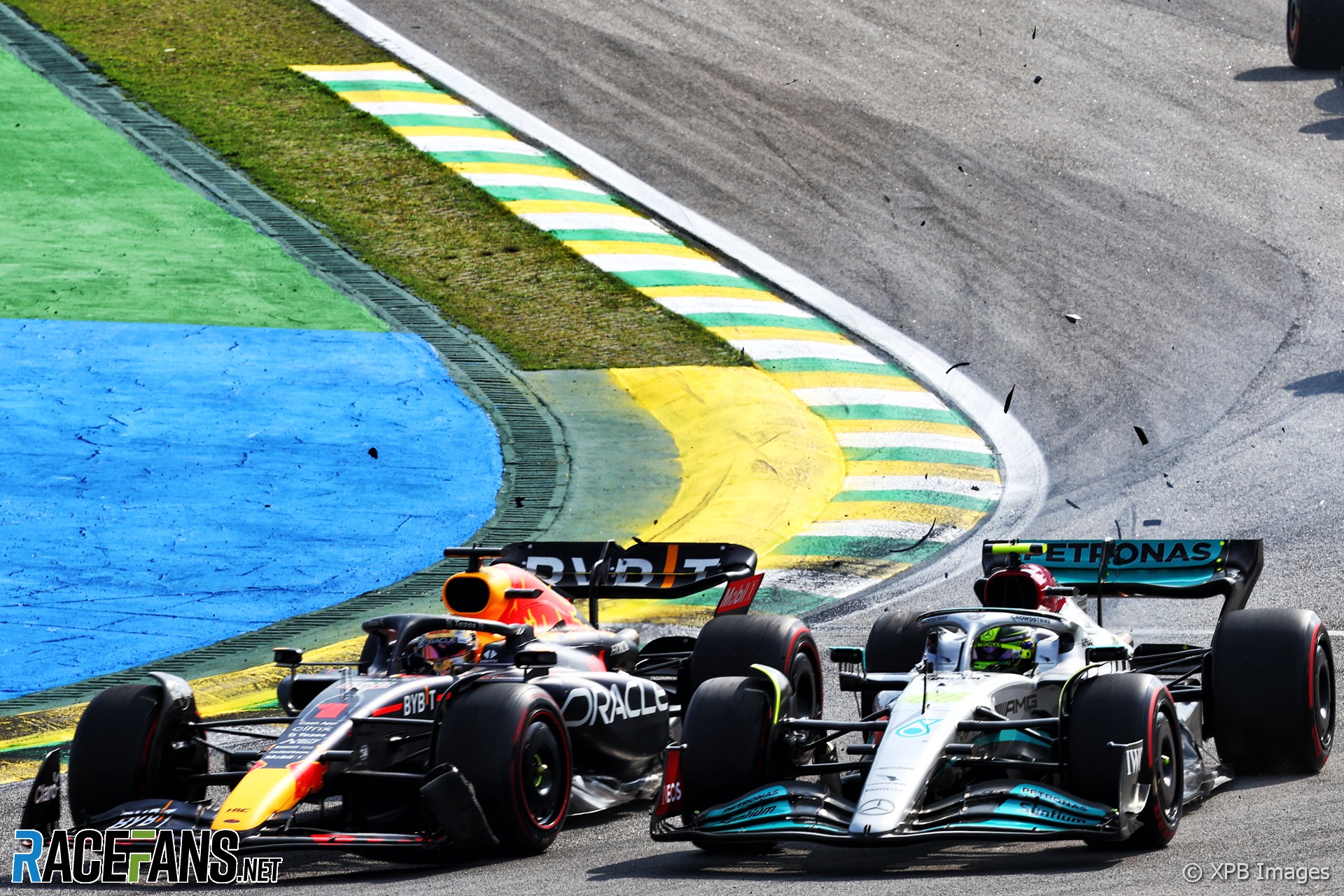 Lewis Hamilton says his collision with Max Verstappen shows he is “a bit of a target” for some drivers.

However Verstappen accused his rival of having no intention to leave space for him when they tangled, and said Hamilton cost himself a win by failing to leave him space.

The pair collided while fighting over second place when the race was restarted on lap seven. Verstappen tried to go around the outside of Hamilton at turn one, then moved to the inside at turn two, where they clashed.

The stewards decided Verstappen was “predominantly at fault” for the collision and gave him a five-second time penalty.

Hamilton said he “didn’t really have much of an opinion” about the latest run-in between the pair.

“For me, all I thought in that moment was I thought I would have to retire because I felt something, the rear wasn’t feeling the same after that. And for me, it was like I’m going to lose the team the one-two and that’s all I could think of.

“So I was driving across the grass, back onto the track, and all I could think of is how can I get back to giving the team that incredible result. So just for me it’s kind of again, not how you fall, it’s how you get back up, and I’m proud of the job we’ve all done.”

Verstappen has had few collisions with other drivers since his title fight with Hamilton last year, in which they made contact on several occasions. Hamilton said he’s “not concerned” Verstappen might have a particular problem with him.

“I don’t have any concerns,” said Hamilton. “I think it’s natural when you have the success and the numbers on your chest that you become a bit of a target. But it’s okay, it’s nothing that I have not dealt with before.”

Before the pair collided, Verstappen suspected Hamilton would not leave him room on the inside of turn two. “To be honest I went around the outside and I immediately felt he was not going to leave space, so I just went for it,” he told Sky.

“He didn’t leave me space so I knew we were going to get together. It cost him the race win, for me it gave me five seconds. It wouldn’t have mattered anything for my race because we were just way too slow. But it’s just a shame, I thought we could race quite well together, but clearly the intention was not there to race.”