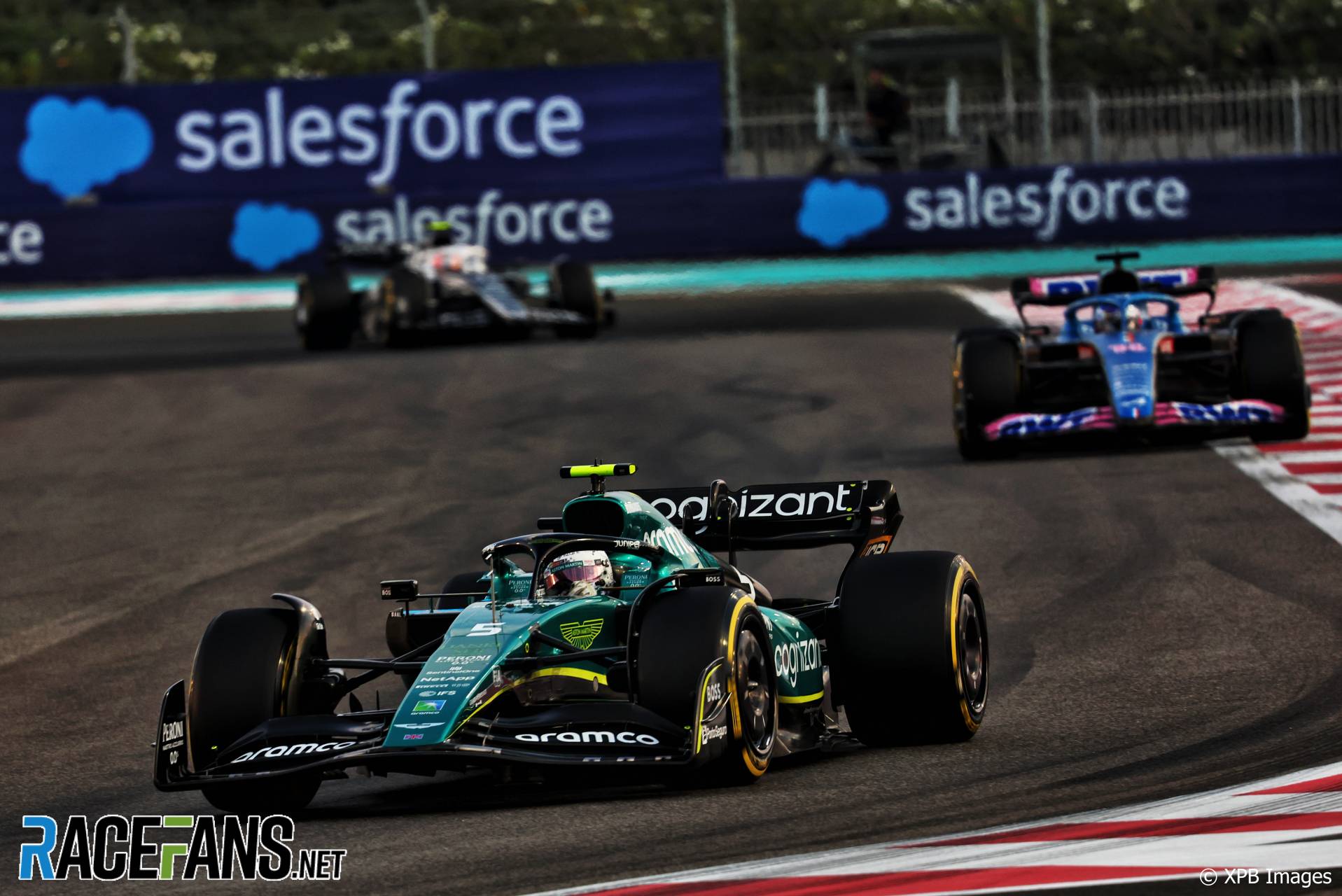 Retired four-time Formula 1 world champion Sebastian Vettel says his Aston Martin team “threw away” the chance to take sixth place in the constructor’s championship with their strategy choice in the final race.

Vettel completed his last grand prix by taking the final point in tenth place but had run higher in the early phase of the race. His Aston Martin team opted for a one-stop strategy which dropped him from fourth place to 19th at one stage and left him fighting to catch up to rivals ahead over the second half of the race.

Aston Martin finished equal on points with Alfa Romeo on 55, but lost out on sixth place in the constructors’ championship on count-back of their past results.

Vettel admitted the team had chosen “absolutely the wrong strategy” by keeping him out for so long on his first stint when asked about their tactics after the race by RaceFans.

“[I was] going backwards,” said Vettel. “I was really trying but I gave it all I could.

“It would have been great for the team to get the constructors’ championship for sixth, but we sort of threw that away with the strategy we chose.”

After Fernando Alonso admitted to have eased off during an early battle, Vettel said he could tell his long-time rival was not pushing him as hard as he could.

“I could feel that a little bit with Fernando, he was very, very generous at the beginning of the race,” Vettel said.

“After that the Alfa Romeos fought very, very hard because they wanted to defend the constructors’. So it was a shame I was stuck behind Esteban [Ocon] in the beginning, because I felt I had better deg[radation], but then we stayed out way too long and lost so much time.”

With Vettel’s Formula 1 career now over, he admits he is looking forward to spending more time with his family and pursuing his other interests outside of racing.

“I think it will hit me at some point when I go to bed tonight or tomorrow morning,” he said.

“It’s been a very special for me to have that kind of farewell and enjoy that. I had a great time across all these years and was able to enjoy success, win championships – so from a sporting point of view, its been huge. But also able to grow and mature in many ways and reflect about a lot of things.”