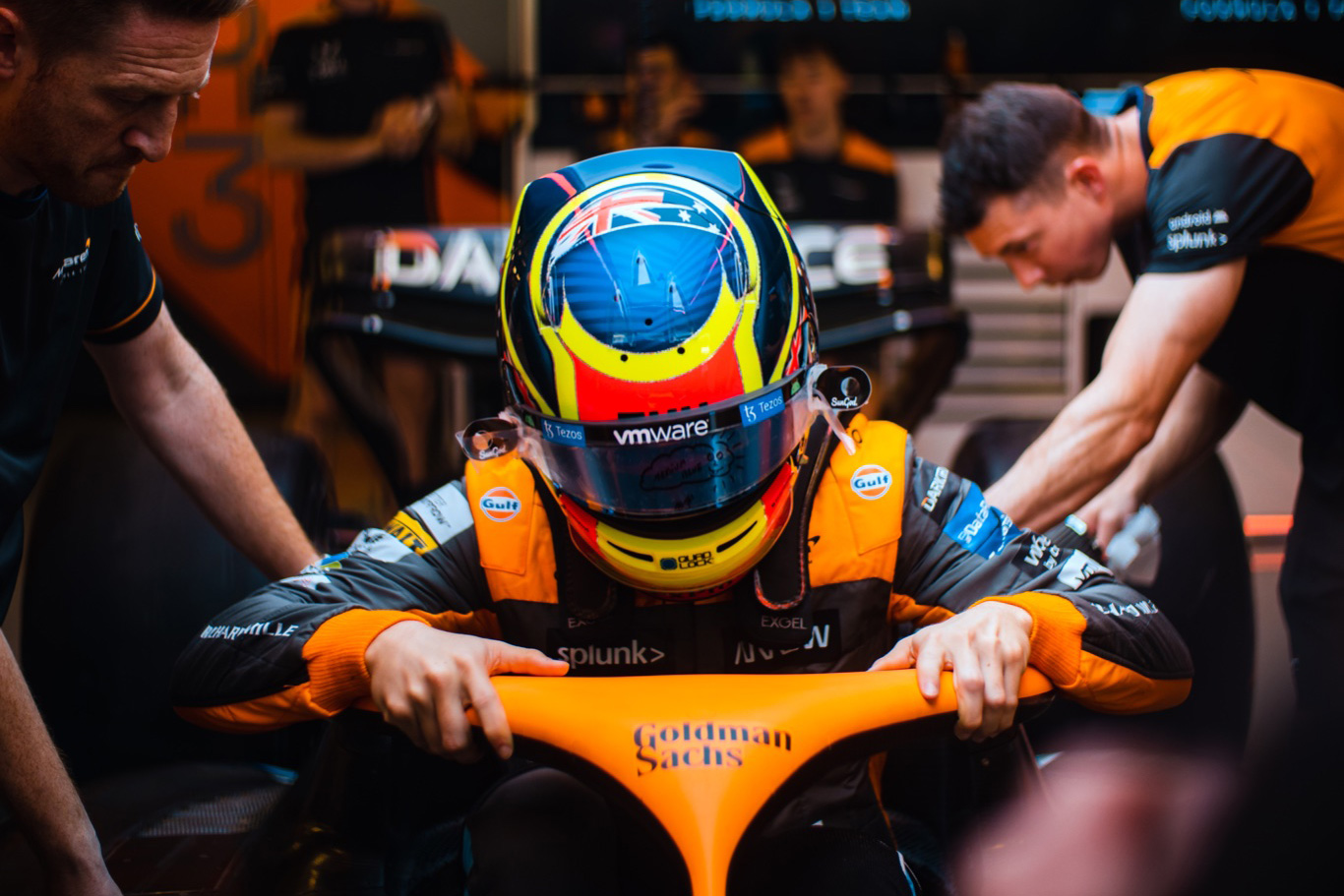 Formula 1’s final day of on-track running will take place at Yas Marina tomorrow where teams will evaluate next year’s tyres and give another test opportunity to junior drivers.

All 10 teams will participate in the day of running at the track which held the Abu Dhabi Grand Prix last weekend. Each will run two cars, one of which will be run by an inexperienced driver who has competed in no more than two grands prix.

Several teams will use the opportunity to give their new drivers a run in their cars. Fernando Alonso and Pierre Gasly have been given permission to drive for Aston Martin and Alpine respectively after leaving their previous teams. The same goes for former Alpine reserve driver Oscar Piastri, who will make his F1 debut with McLaren next year, and Nyck de Vries, who is leaving behind his Mercedes reserve role to race for AlphaTauri next year.

Nico Hulkenberg will have his first run for Haas as he prepares to return to a full-time F1 seat for the first time since 2019. Williams will also have 2023 debutant Logan Sargeant in one of their cars.

Mercedes’ junior Frederik Vesti will have his first run in an F1 car tomorrow, while other teams will turn to drivers who have already appeared for them in practice sessions this year.

Lewis Hamilton is expected to drive the other Mercedes, though following his retirement from Sunday’s race he joked about “pulling a sickie” as he has enjoyed driving this year’s W13 so little. World champion Max Verstappen is also expected to run for Red Bull as teams get to grips with Pirelli’s new rubber for 2023.

“It’s important to get the first read and make sure that we already have a basic understanding before we go into next season,” said Vertappen. “Every track is different, so it’s of course always nice to run these tyres but throughout the season you will always learn a lot about them.”

One key change to next year’s tyres is the addition of a new compound, as Pirelli seeks to improve its range of hard tyre options. The hardest tyre compounds used this year, the C1, will be re-labelled the C0, and a new C1 is being introduced. This will increase the total number of slick tyre compounds available for any race to six, designated C0 (hardest) to C5 (softest).