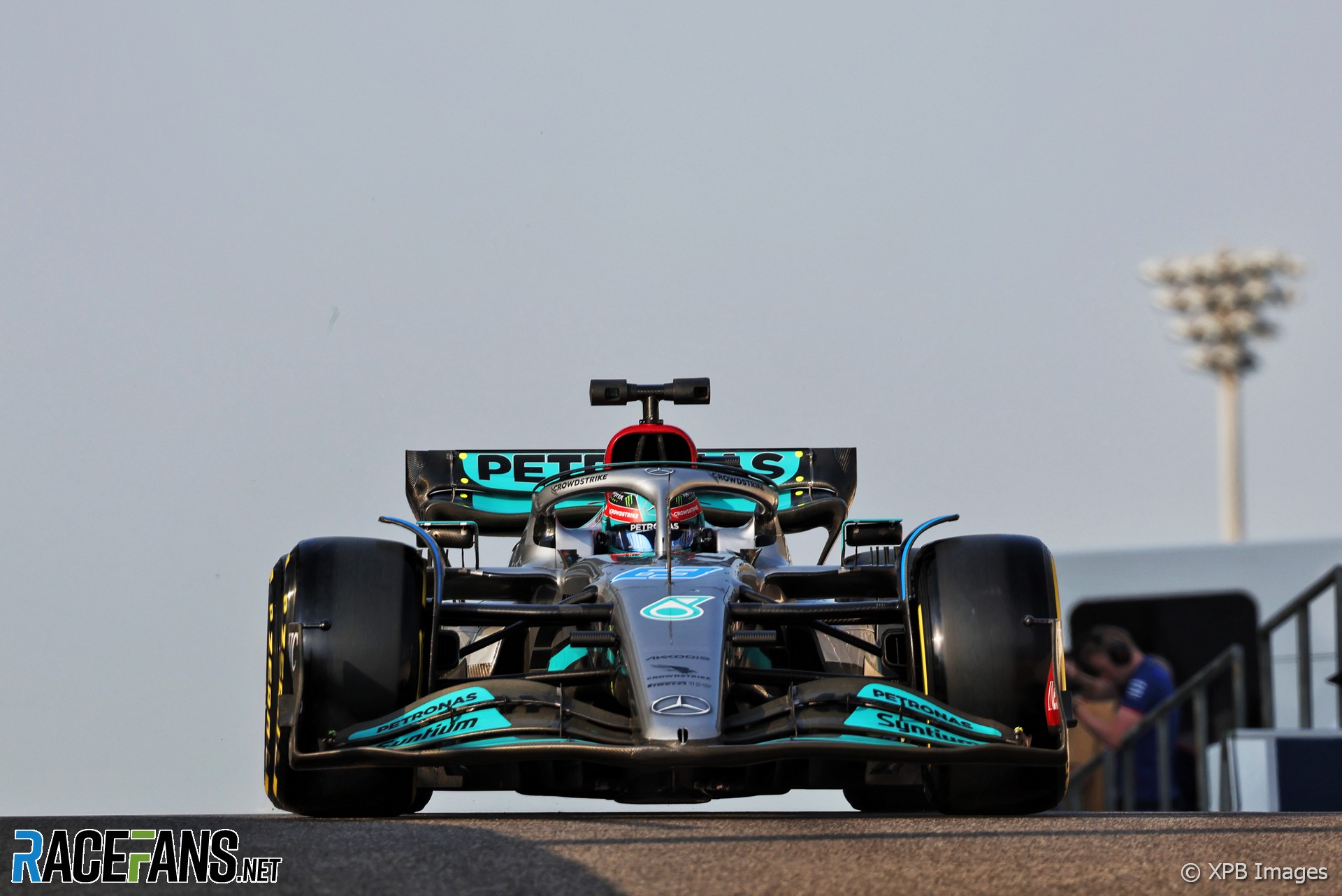 In the round-up: Mercedes team principal Toto Wolff says that his team are “many months” behind rivals Red Bull and Ferrari in their car development

Mercedes “many months” behind Red Bull and Ferrari due to porpoising

Mercedes team principal Toto Wolff says that his team are “many months” behind rivals Red Bull and Ferrari in their car development due to their focus on reducing porpoising with their car.

The team finished third in the constructors’ championship behind Red Bull and Ferrari after starting the season struggling heavily from porpoising with their car. Eventually Mercedes improved their performance and won the Brazilian Grand Prix, but Wolff believes they have a lot of ground still to make up on their rivals.

“We lost many months of development because we simply had to solve the the porpoising problem before being able to actually add performance back into the car,” Wolff said.

“Because whatever we added in terms of downforce went nowhere – the drivers couldn’t feel it, the car became even more unpredictable and the bouncing got worse. So considering the six months delay in putting performance on the car is something that will be tremendously difficult to catch up against Ferrari and Red Bull.”

Double Formula 1 world champion Max Verstappen was presented with a new Honda NSX Type S from Honda as a gift for winning the 2021 and 2022 world championships.

Honda powered Verstappen and Red Bull to his first world championship title in 2021. While Verstappen successfully defended his championship in dominant fashion in 2022 using power units maintained by Red Bull, they were still designed and produced by Honda.

At the Honda Thanks Day end of season celebrations at the Motegi circuit in Japan, Honda chairman Seiji Kuraishi presented Verstappen with a new NSX Type S as a token of appreciation for helping Honda win their first drivers’ championship for over 30 years.

“That’s an incredible present. It’s an amazing car,” Verstappen said before taking the car for a drive. “I’m very, very proud to receive it, so thank you very much.”

Ferrari have unveiled a special Vision GT concept car in collaboration with Gran Turismo to be featured in the popular PlayStation racing game franchise.

The Ferrari Vision Gran Turismo concept was designed exclusively for the game, making Ferrari the latest manufacturer to produce a Vision GT concept alongside Audi, Porsche, Lamborghini, Nissan, Alpine, Aston Martin and others.

The concept features a V6 twin turbo engine, three electric motor hybrid system, an F1-style eight-speed dual-clutch gearbox and a top speed of over 350km/h. The car will be available to buy within GT7 from December 23rd, with players who successfully complete an in-game quiz event based around the GT World Finals able to buy it from December 15th.

"There were times you didn’t help yourself. The Turkey crash with Webber. Multi-21. They’ll always be the moments we replay. But that Malaysian win, I’ve always believed, came from your unswerving self-belief. While we laud Senna for his attitude of going for every gap that exists, you too had seen a gap, and gone for it. Because you weren’t there to finish second. You were there to win."

"The main priority – it’s a bit repetitive – but is to focus fully on Formula 2. I could come around to all the Formula 1 races and sit there and be there, but, number one, the likelihood of obviously hopping in a car is, as we know, very, very low – I don’t think Alpine as a group with Renault, had it since 2015 or 2014."

"It’s nice to sort of repay them because the work they’ve done this year has been really, really good. It’s unfortunate that we just don’t have the points to show it. I’m happy with the weekend and it’s nice to close the season like this."

"What happens when you take a whole host of Honda's riders, drivers and machinery, throw in some demo laps and crazy races and leave them to it for the day? Answer: Honda Racing Thanks Day!"

Sebastian Vettel – For One Last Time (Aston Martin via YouTube)

"For One Last Time. The final chapter of a remarkable story"

"Go behind the scenes with the team at the Abu Dhabi Grand Prix with our Haas Triple-A Pass, plus more from post-season testing at Yas Marina."

Has anyone seen the RB16B? We seem to have lost it at Motegi💨 pic.twitter.com/jyPqBVOhhr 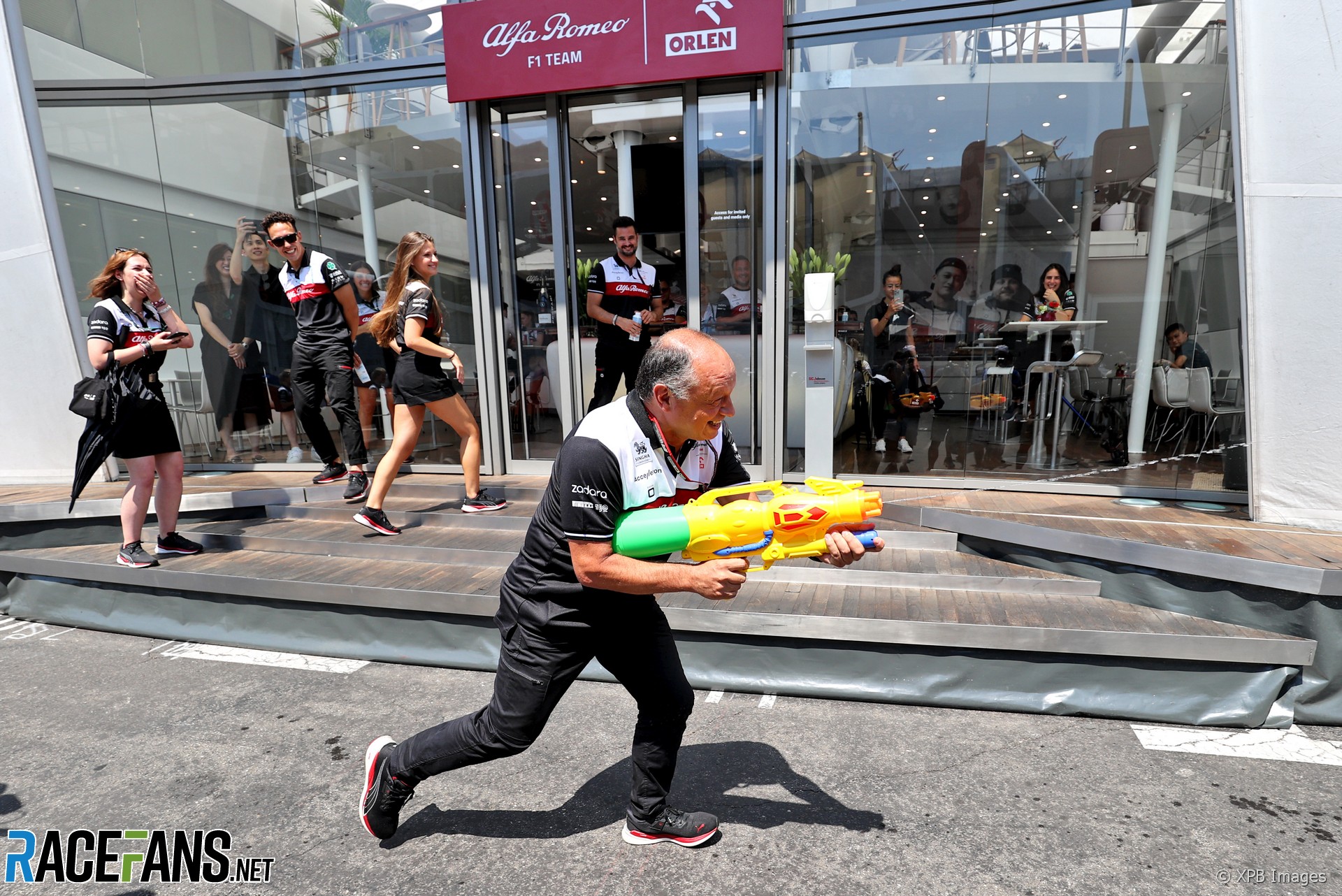 Thanks to everyone who came up with caption idea this week and a special mention to Roth Man, JungleMartin, amian and Wheel Nut who all came up with particularly good captions.