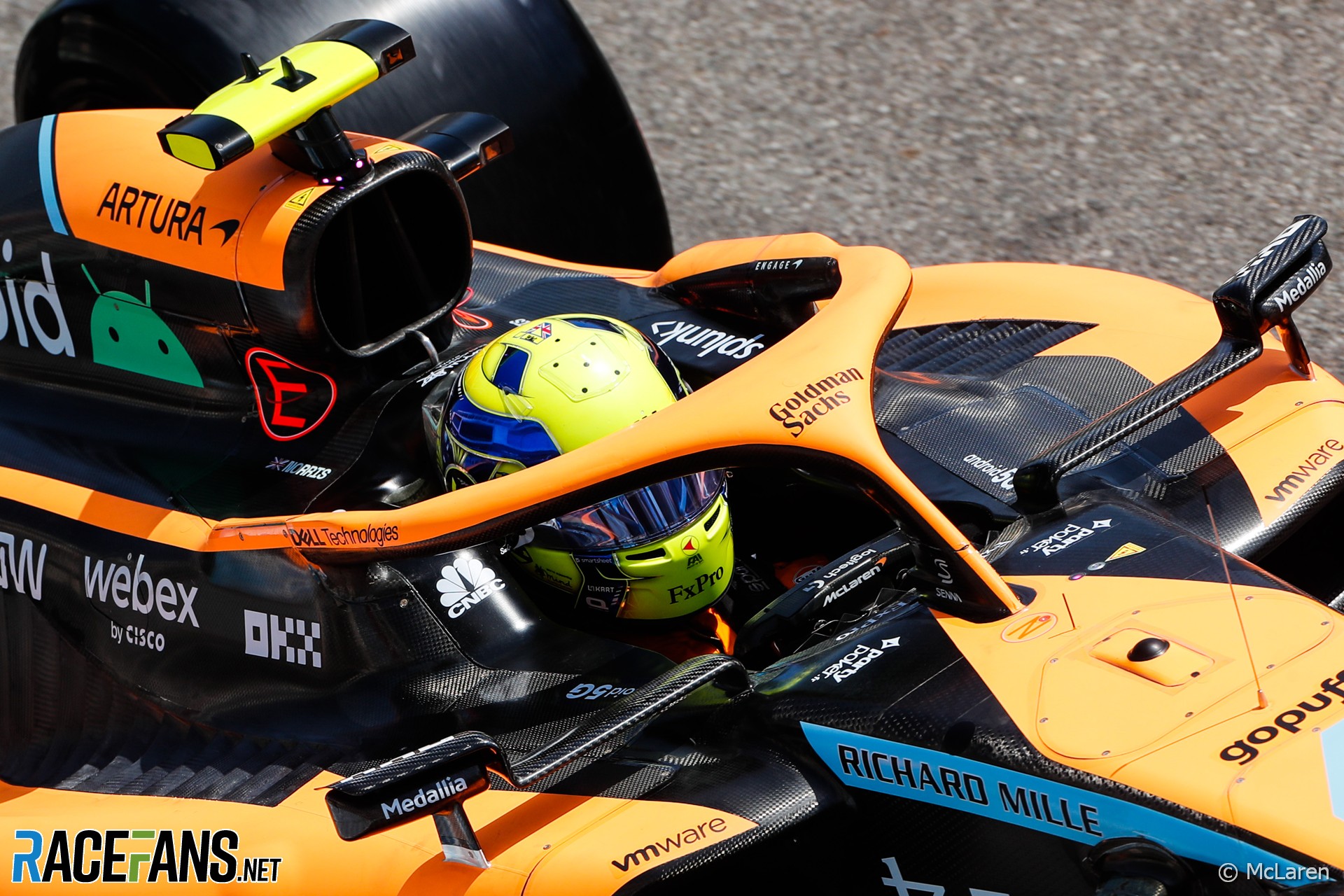 It faced a claim over an alleged patent infringement brought by a designer, Jens Nygaard.

The Halo structure was introduced to Formula 1 and other series beginning in 2018. It has been credited for the role it played in protecting drivers in several serious crashes, including Romain Grosjean’s fireball shunt at Bahrain in 2020.

It was introduced under former FIA president Jean Todt, whom Ben Sulayem replaced at the end of last year. Following that he learned of the legal row over the design. The matter was settled earlier this year.

Ben Sulayem drew attention to the case as he began his speech to the FIA Annual General Assembly in Bologna today.

“One of my first actions as president was to be transparent about the legal challenges we faced,” he said. “So, I am very happy to tell you that the Halo litigation has been resolved in a very positive way, safeguarding the future of the FIA, and I thank the legal team for all their hard work.”

Since his election win 12 months ago, Ben Sulayem has made transparency a priority of his administration. In F1 the mishandling of last year’s Abu Dhabi Grand Prix, the safety concerns which arose at this year’s Japanese Grand Prix and Red Bull’s breach of the 2021 budget cap were all detailed in lengthy public reports.

In his comments to FIA delegates today, Ben Sulayem pledged to continue in that vein. “This transparency had to go further,” he said. “That is why we commissioned independent audits of our finances and governance which have shaped our plans for the future.

“That means balancing the books and reforming the FIA to deliver more for its members.”